In Thomas Keller's sous vide cookery tell-all, Under Pressure, is a recipe for saucisson l'ail, which is a traditional French garlic sausage.  Saucisson l'Ail is similar to the Italian salami cotto, where a pork forcemeat is cooked, rather than hung to dry and age.  I love garlicky sausages, so this was a recipe I was eager to try out. 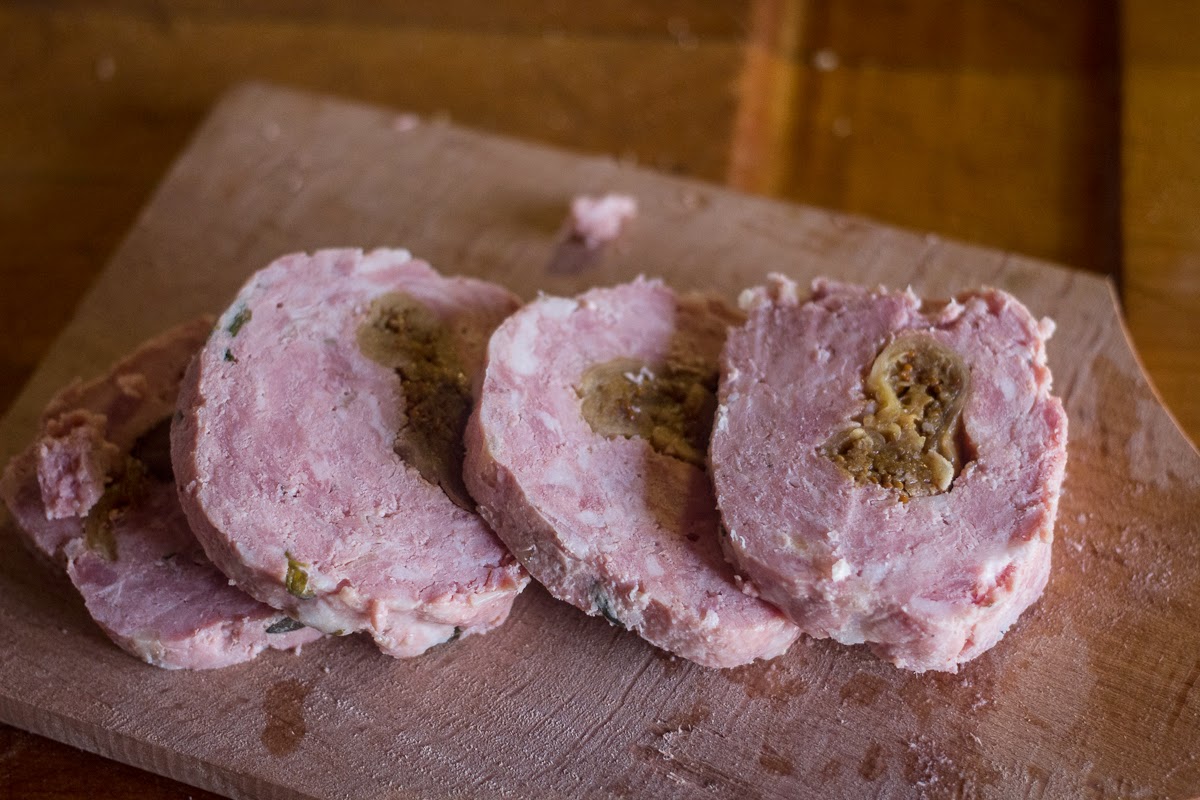 Unfortunately it did not turn out well.  But it did teach me some nuances of cooking with an immersion circulator.  Keller's recipe calls for blanching the garlic several times in boiling water to mellow it.  I assumed this was to produce a more delicate taste.  In classical French grand cuisine, garlic should not be a dominate flavor, which is why the supremely garlicky escargots de bourgogne are regulated to bistro or common fare.  Thinking this was Keller's goal, I skipped the blanching step.

What I did not realize is that the low (145 F) temperature of the water bath would leave the garlic with a nearly raw, slightly harsh flavor.  To double the problem, I added an interior garnish of brandy-soaked figs to the center of the sausage.  Just like garlic, the temperature was too low to cook out the raw alcohol flavor.  While the results were edible, the dish was extremely unbalanced, with a biting heat from the garlic followed by the hot, boozy taste of the brandied figs.

So, not something to repeat, but some important lessons learned!
Tweet