While preparing a pate using Berkshire pork from North WoodsRanch and seasoned with Wigle rye, I began to think about creating a chutney that would play off the flavor of the rye.  I’ve had chutneys with port or beer in them, but rye has a spicier, more assertive flavor that would require a different approach. 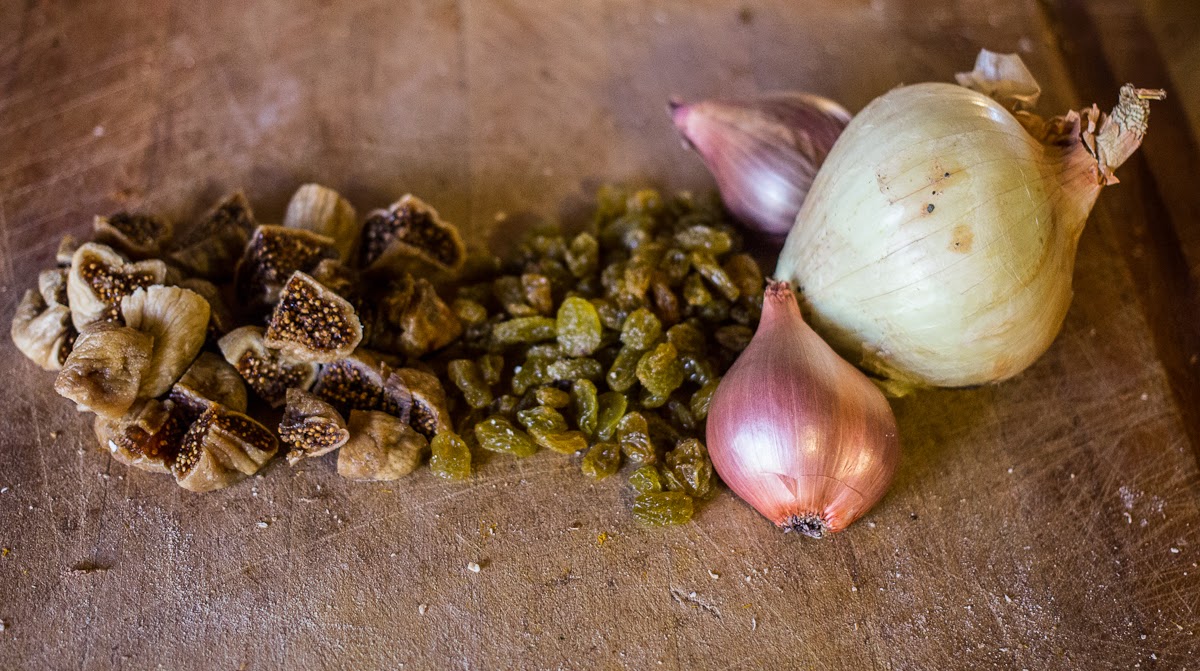 Thinking about past chutneys I've had, both dried figs and caramelized onions have sweetness, but also a strong depth of flavor that could match the rye.  Compared to the bright and sharp flavor of dried apricots or the exotic and floral flavor of mangos, figs and onions seemed like the perfect choice.
To make the chutney, I caramelized the onions in a pan, then added the dried figs, golden raisins, a small knob of ginger, and freshly chopped shallots.  I added a small amount of water, apple cider vinegar, and brown sugar to help soften the figs and raisins, then splashed in a few tablespoons of rye.  The fruits and onions stewed down for about 90 minutes, until they were thick and syrupy. 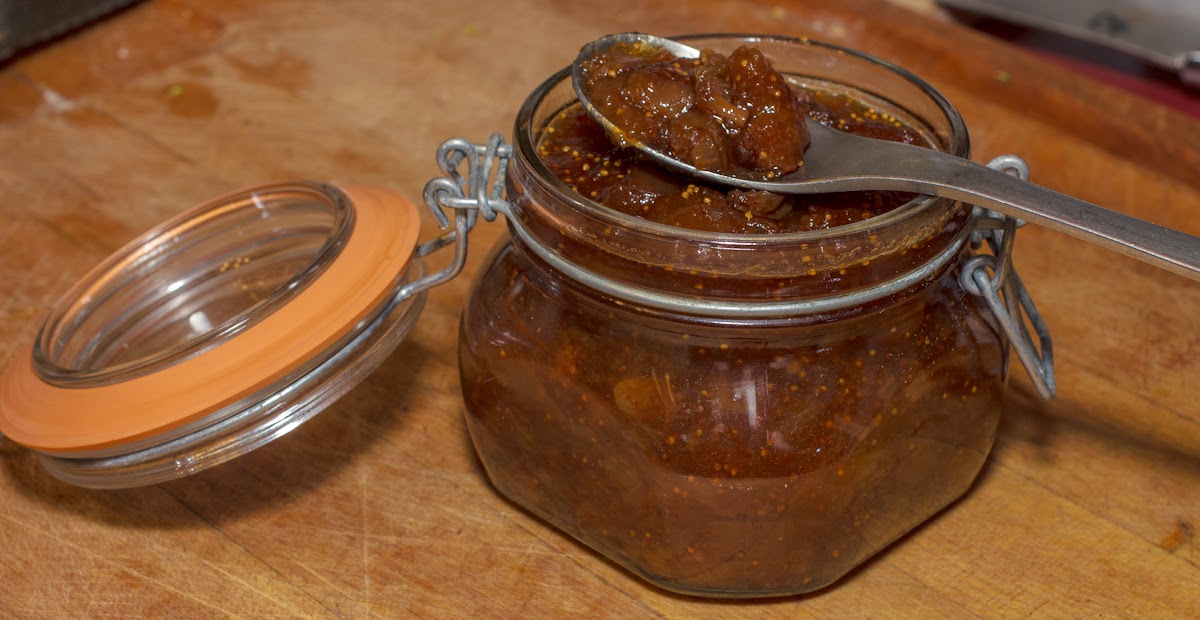 At this point the rye I initially added had mellowed out during the cooking, so I added another tablespoon of rye and a few generous turns of freshly cracked pepper.  This sharpened the flavor of the chutney, which was at a slow simmer.  I pulled the chutney from the heat so that the flavors from the fresh addition of rye and pepper wouldn’t become muted with further cooking.

Served with the pate, I love how the thick chunks of figs maintained their shape and added a nicely chewy texture to the chutney.  I thought the rye might be more aromatic in the chutney, but the aroma of figs really dominated. The flavor of the rye hid just in the background, but came out as a smooth note in the chutney’s finish.