For whatever reason, we are just now getting really good citrus fruits in the past few weeks.  Clementines have been abundant for months, but only since the start of March have I seen really nice Cara Cara oranges, grapefruit, and blood oranges for sale.  Poking about the rosy-cheeked blood oranges in the market crate, I was running through possible recipes when I thought of blood.  Pork blood.  Blood orange flavored blood? Hmm.
Initially I thought of making a boudin noir style blood sausage, but oranges, orange marmalade, and orange juice kept making me think of a breakfast dish.  This pushed me to go with a black pudding blood cake, one easily sliced and seared for a traditional British fry-up.

I started by gently frying some diced pork back fat and onions together until the fat turned opaque.  When the fat cooked through, I poured off the rendered lard into a jar for later and let the onions and fat cool.  While the fat was cooling I warmed 24 oz of North Woods Ranch's pork blood with 8 oz of heavy cream.  To help the pudding set to a firm, sliceable consistency, I added a cup of Anson Mill's polenta. 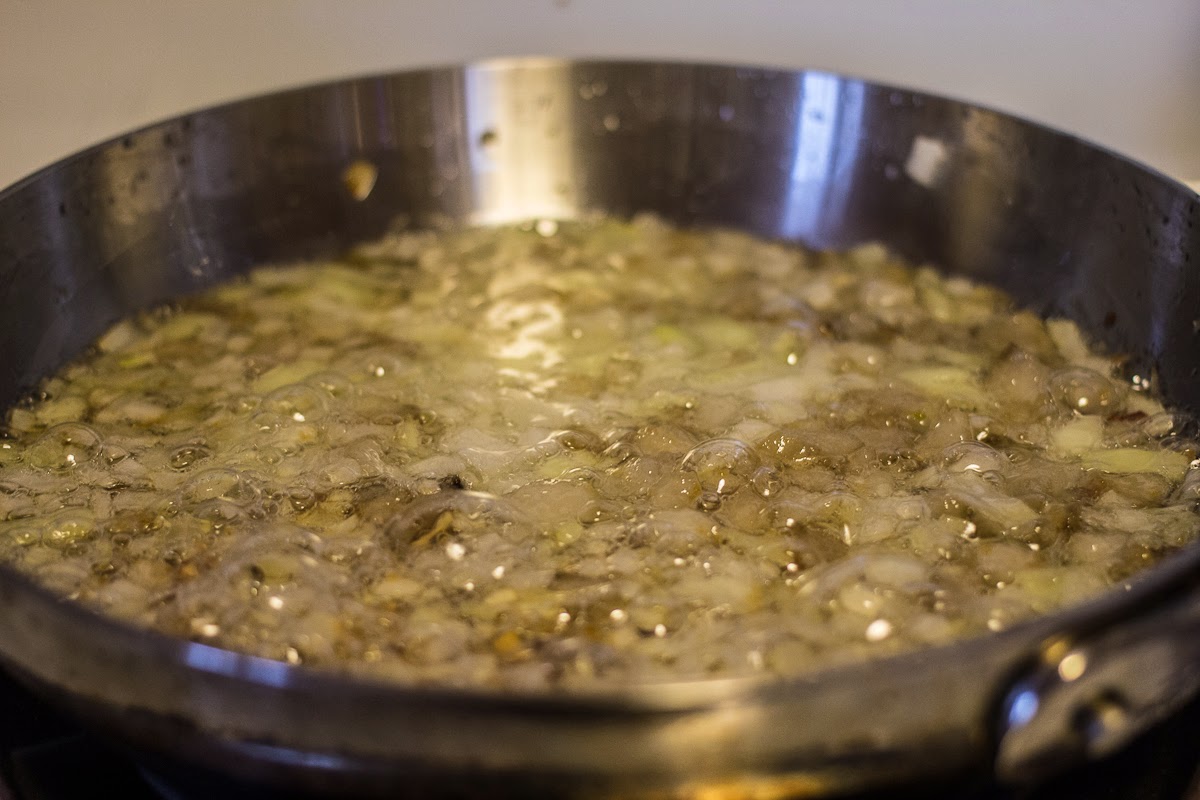 As the blood warmed and the polenta swelled over a double boiler, the mixture took on a dark, chocolatey color and pudding-esque texture.  At this point I added in the onions and cooked backfat, along with a good amount of white pepper.  I didn't want to lose the delicate flavor of the blood oranges, so I added the zest and juice at the very end of cooking on the stove top. 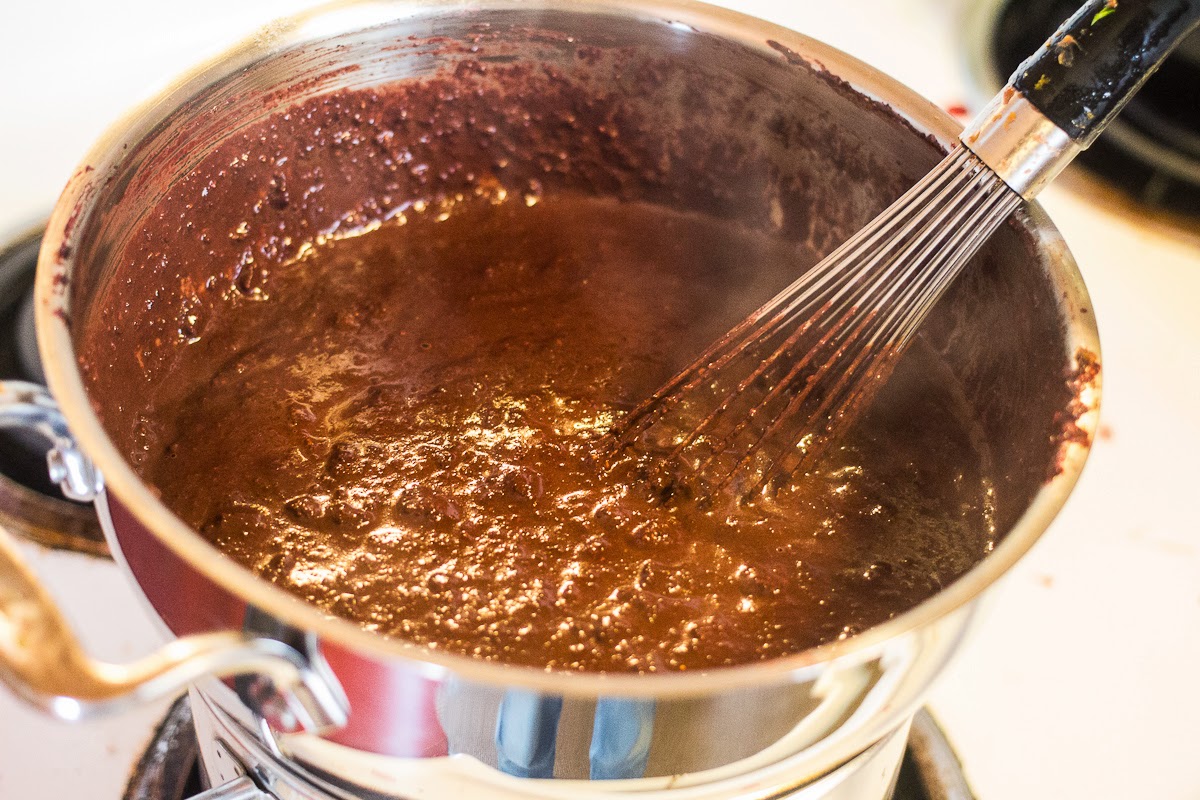 To finish the cooking and set the pudding, I greased a terrine mold with the rendered lard from earlier and poured in the blood mixture.  This cooked for an hour and a half in a bain marie in the oven.  Once set, the blood pudding showed a beautiful brick color and a speckling of white cubes of fat. 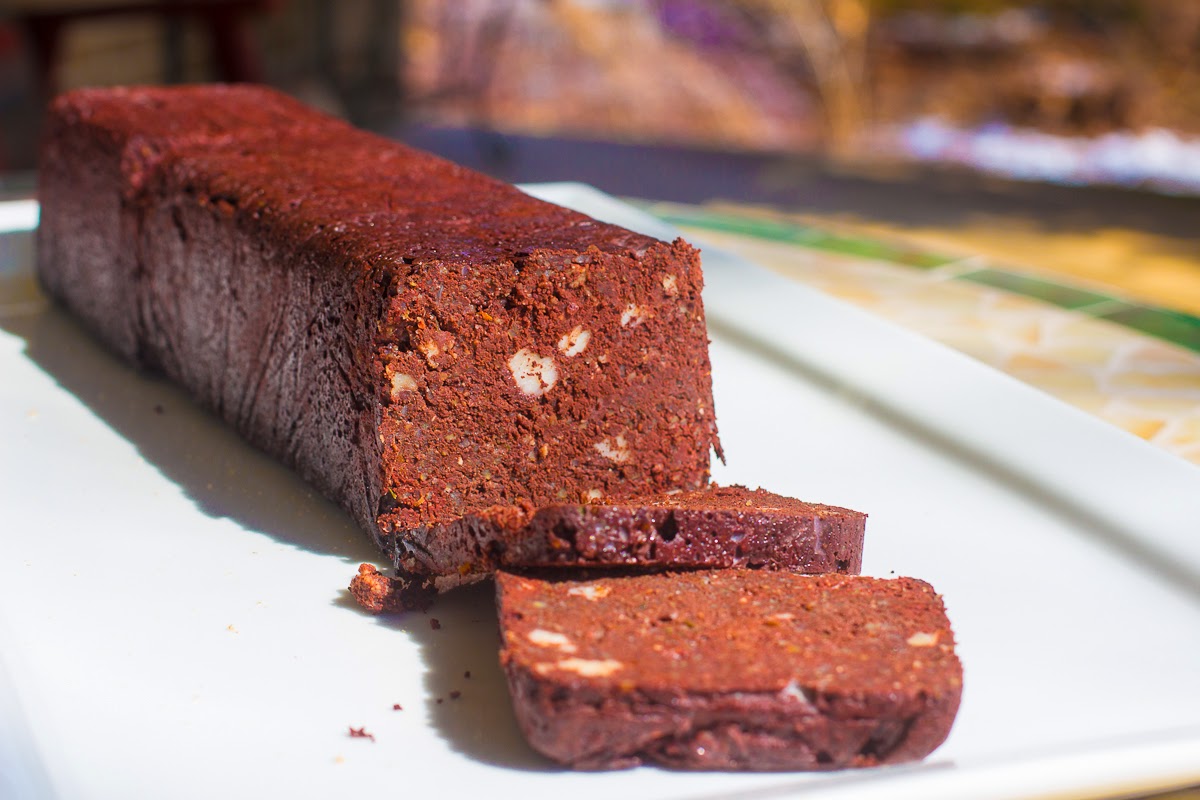 I wish I could preserve that glorious, fresh-from-the-oven color, but once fried up in a skillet the blood took on the classic "black pudding" look.  I suppose I could eat it plain as a soft pudding, but it's so much nicer fried to eat with a bit of a crust.  To serve, I went with a classic pairing of blood pudding and eggs.  I also dug up a jar of my blood orange marmalade from 2012's canning season.
While the marmalade had faded in intensity, the blood orange black pudding had a lovely perfume of oranges.  The extremely-savory, mineral flavors of the blood came to the forefront, but the finish left a light, fruity taste on the pallet which made the blood pudding seem less rich and heavy, inviting me to take another forkful, smeared through the runny egg yolk.
Tweet