Cindy, my mother-in-law, surprised me with a beautiful tray of sea urchin roe!  It was totally unexpected, but very much appreciated.  I don't think I've had sea urchin for at least four or five years.  Presented with a tray of fresh sea urchin roe, it seemed like the best way to savor them was plain, straight from the tray. 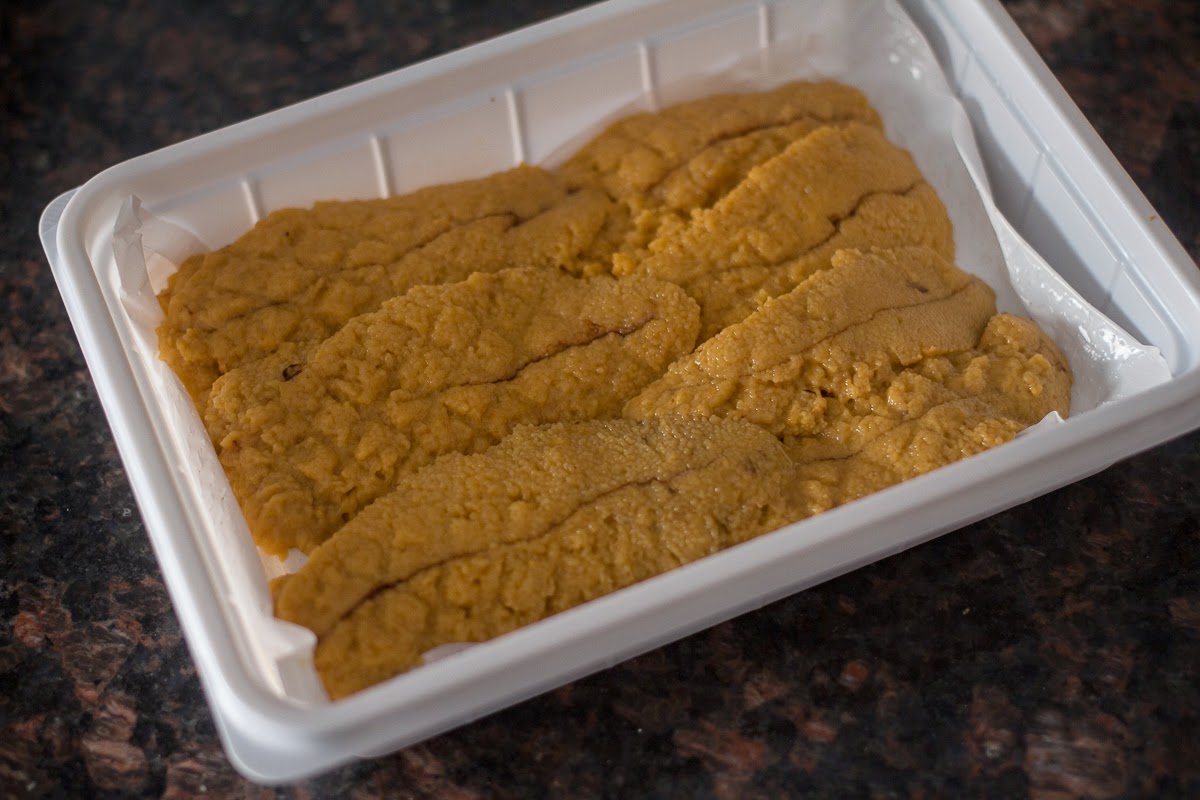 Called uni in Japan, we ate them as you would slices of sashimi.  The uni was mild but salty and savory, very much the opposite of a sweet scallop.  Texturally, it was very peculiar to place food on your tongue that has the same pebbly texture as your own tongue.  It kind of reminded me of placing a smaller, colder version of my own tongue on top of my live tongue.  Well...maybe I should have left that sentence out...
After we each tried a slice or two, I wanted to just slightly heat the remaining uni to see how it reacted under heat.  Years ago I had a "cassoulet" of sea urchin and lobster at Clio in Boston.  It was interesting to have the sea urchin served hot, so I wanted to see how the texture/flavor would change.  I imagine sea urchin roe does not need a lot of cooking, so I just made a butter sauce with Korean chile paste and poured the boiling butter over the sea urchin.  After sitting for a few minutes in the hot butter, the roe had firmed up slightly but still had a bold, briny flavor. 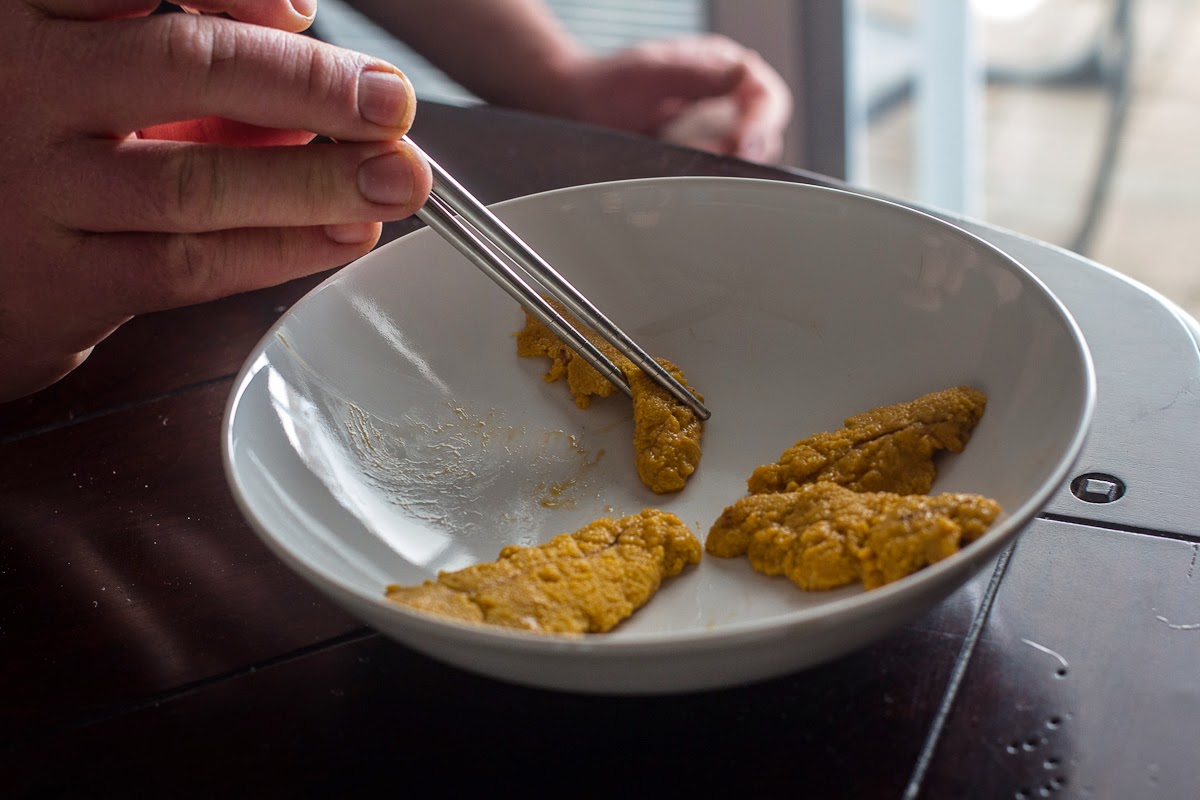