Although July is the time for fresh corn, I couldn't help but share these interesting, delicious grits from Anson Mills. South Carolina's  Anson Mills is getting a lot of press for their heirloom grains, from Carolina Gold rice, Benne seed, Red Flint Polenta, to their famous Antebellum Coarse Grits.  Along with actively sourcing these rare cultivars (even to the point of tracking them down from seed saver or in the wild and then searching for a farmer to grow them), Anson Mills is also notoriously scrupulous about handling the resulting crops in a traditional method.  This might involve letting the corn ears dry out on the stalk a bit before harvesting, or letting them overwinter on the cob, loosely packed in wooden crates to further dry and cure. 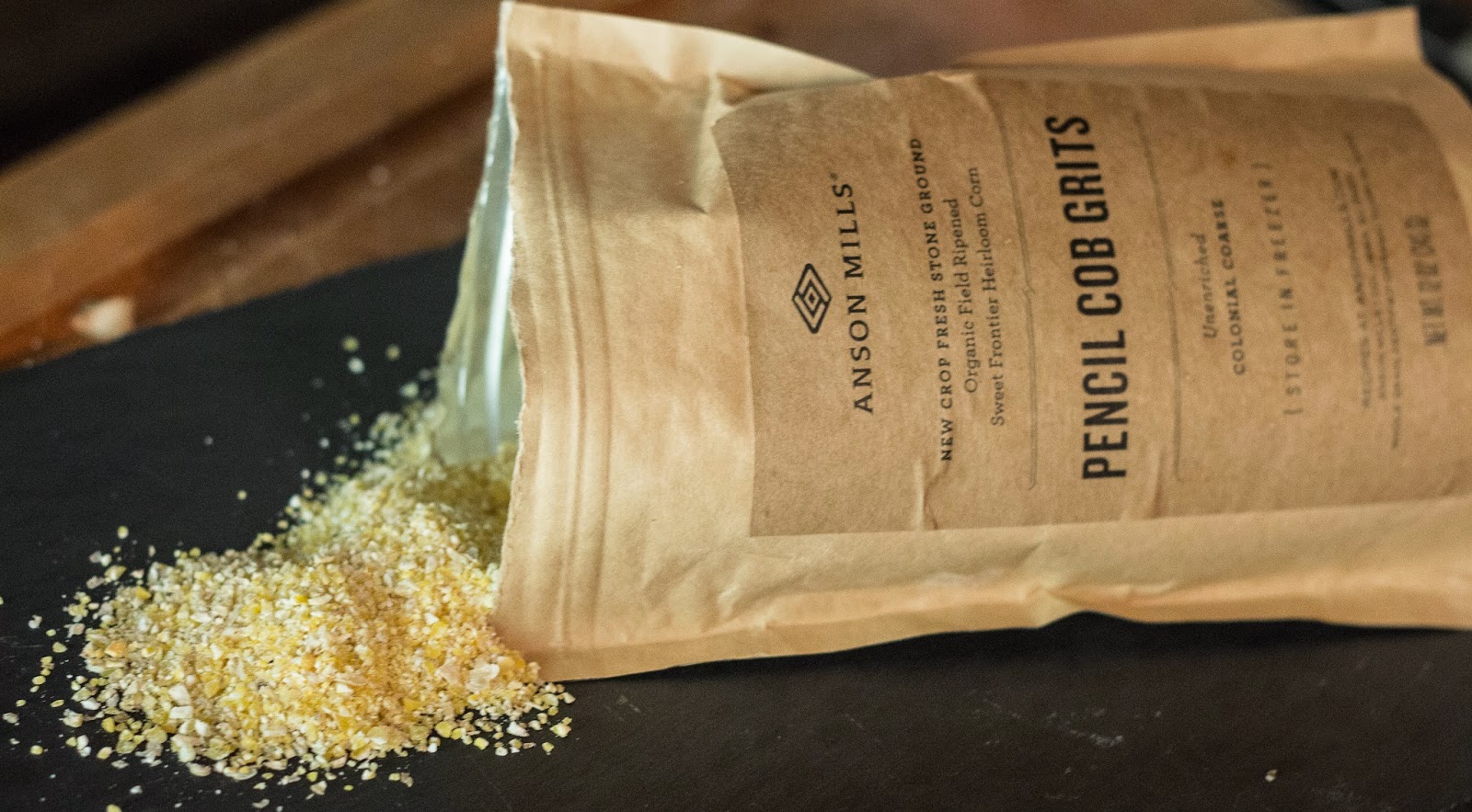 Pencil Cob Grits are one of these rare, nearly extinct cultivars that Anson Mills is bring back to the dinner table.  They get their "pencil cob" name from the fact that the cob is very skinny and narrow.  Today, when contemplating corn, we just think of the jumbo cobs thick as a soda can, but in colonial times corn came in all types and shapes.  There was even especially tiny "milk corn," that was harvested early and eaten raw off the cob.  William Woys Weaver (of Scrapple fame) wrote about a fascinating milk corn, Sand Hill Gray Flint, in Heirloom Gardener's Fall'13 issue that's had me on the look out for it ever since. 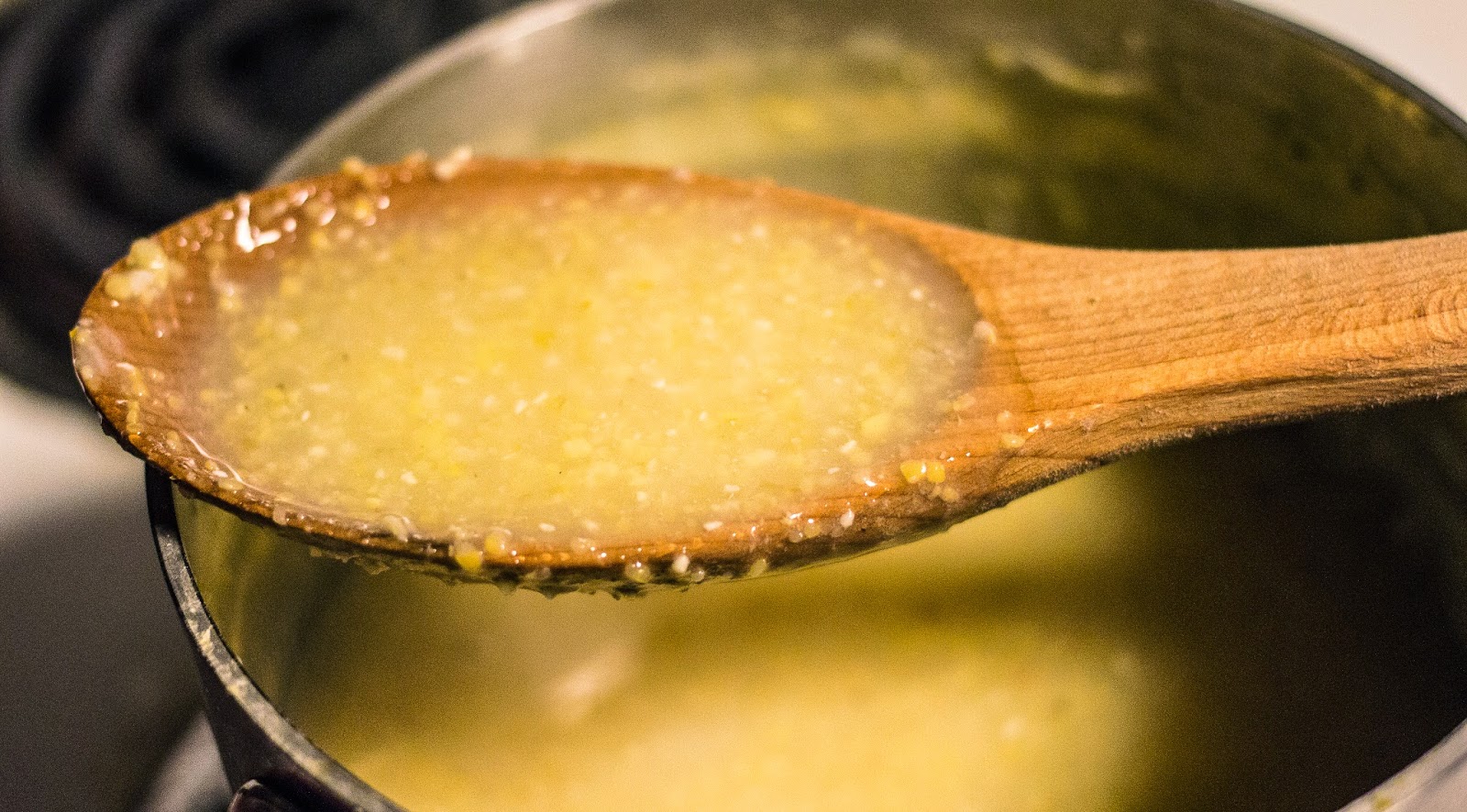 Although the cooking of Pencil Cob Grits isn't too different from other grits (about 40 minutes, and soaking the night before really helps avoid lumps), the flavor is quite different.  A first spoonful makes you realize that these are not the bland grits that are served up in diners as little more than a delivery system for hot sauce and butter.

Rather than just mushy and bland, they have a toothsome texture and a savory corn flavor.  These are the old fashioned grits that were served up in homesteads as our country was just beginning to knit together.  A bubbling pot of these grits could easily be the dish "sofky" that's bubbling away over the fire in the frontier cabin of True Grit (really, no pun intended!).

While I'm excited to enjoy the fresh corn in season, I've got a strong feeling that I'll cook up several pots of these grits over the coming fall and winter.  But for now, I'm going to enjoy the summer.

Sofky is sort of grits--it has hominy, cornmeal, and can contain some meat. Not exactly grits but close enough!