Beef spleen is just like a pig's spleen, but about four times as big.  When it came time to cook this spleen, I chose what's probably the most well-known (but still pretty obscure) recipe in the U.S.: vastedda.  Vastedda is a Sicilian recipe of humble ingredients: bread, organ, and cheese.  Thanks to a number of food shows, news articles, and blog posts, vastedda has risen out of total obscurity into mid-obscurity, a region that can get some people to say, "Isn't that the spleen sandwich Italian places in Brooklyn sell?  I think I saw that on TV." 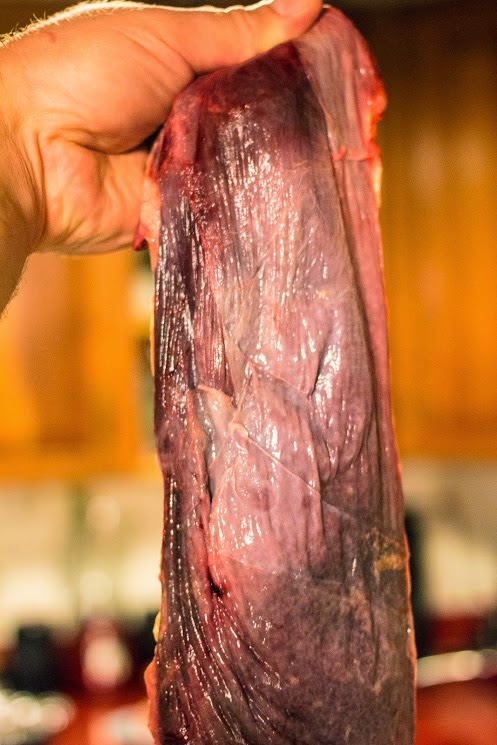 This spleen came from a Scottish Highland cow raised by North Woods Ranch.  A big strap of an organ, it has a ruddy color and meaty, minerally aroma.  Making the sandwich is quite simple - poach the spleen to cook it through, allow it to cool, then slice thinly and reheat by frying in lard.  Pack the fried spleen into a bun, then cover it with cheese.

Although the recipe is pretty straightforward, the type of cheese recommended seems to change from recipe to recipe.  I've read of a few different types of cheese, from Caciocavallo (the Sicilian cousin to Naple's Provolone) to Pecorino Romano, to the odd suggestion to use fresh ricotta. I think this might be something that was lost in translation, as I found other recipes that suggested the dried, pressed form of ricotta, ricotta salata.  A crumbly, slightly acidic sheep's milk cheese, this seemed like it would be a better partner for the spleen than fresh ricotta. 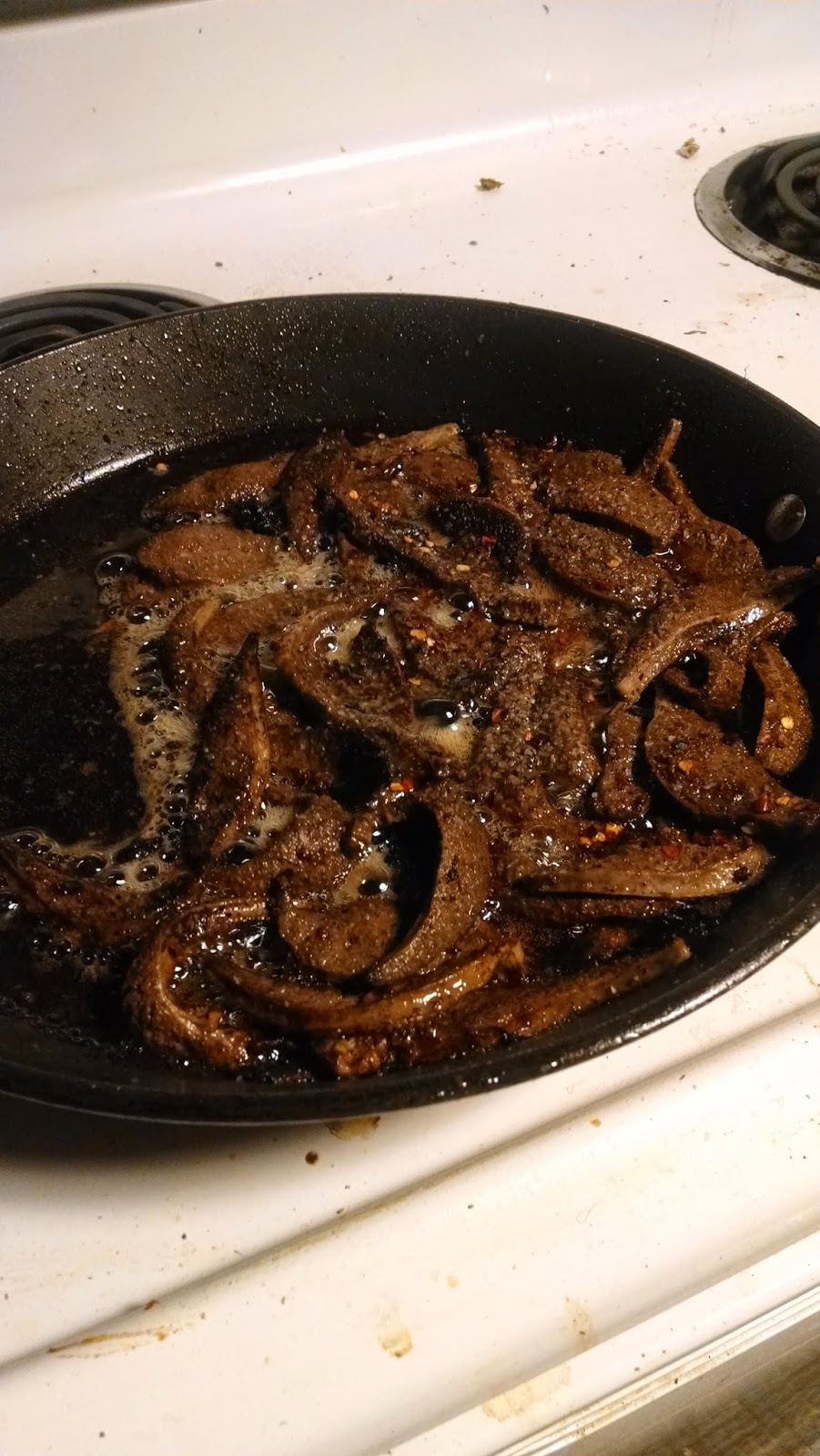 When assembled, the sandwich was simple, filling, and tasty.  The spleen cooked in lard gave it substance, while the slightly crumbly texture of the cooked spleen's interior matched the crumbly ricotta salata.  Plus, the bright acidity of the cheese helped to cut the richness of the organ meat.

My one complaint would be that the membrane of the spleen was a bit tough and chewy.  In previous recipes for spleen, I've scraped out the spleen's interior to remove the membrane, but that leaves you with a pulpy spread, not something easily sliced, fried, and layered on bread.

In looking at some photos of the original vastedda being served in Palermo, Sicily, it's always kept warm in a bit pot of lard.  Prior to serving, the spleen slices are removed, and then squeezed to remove the excess lard.  So up until you receive the sandwich from the vendor, it's just stewing away in lard.  Perhaps that helps to soften and break down the outer membrane, like a mini-confit session.  I'd be curious to try this again, and give it a few hours stewing time prior to eating. 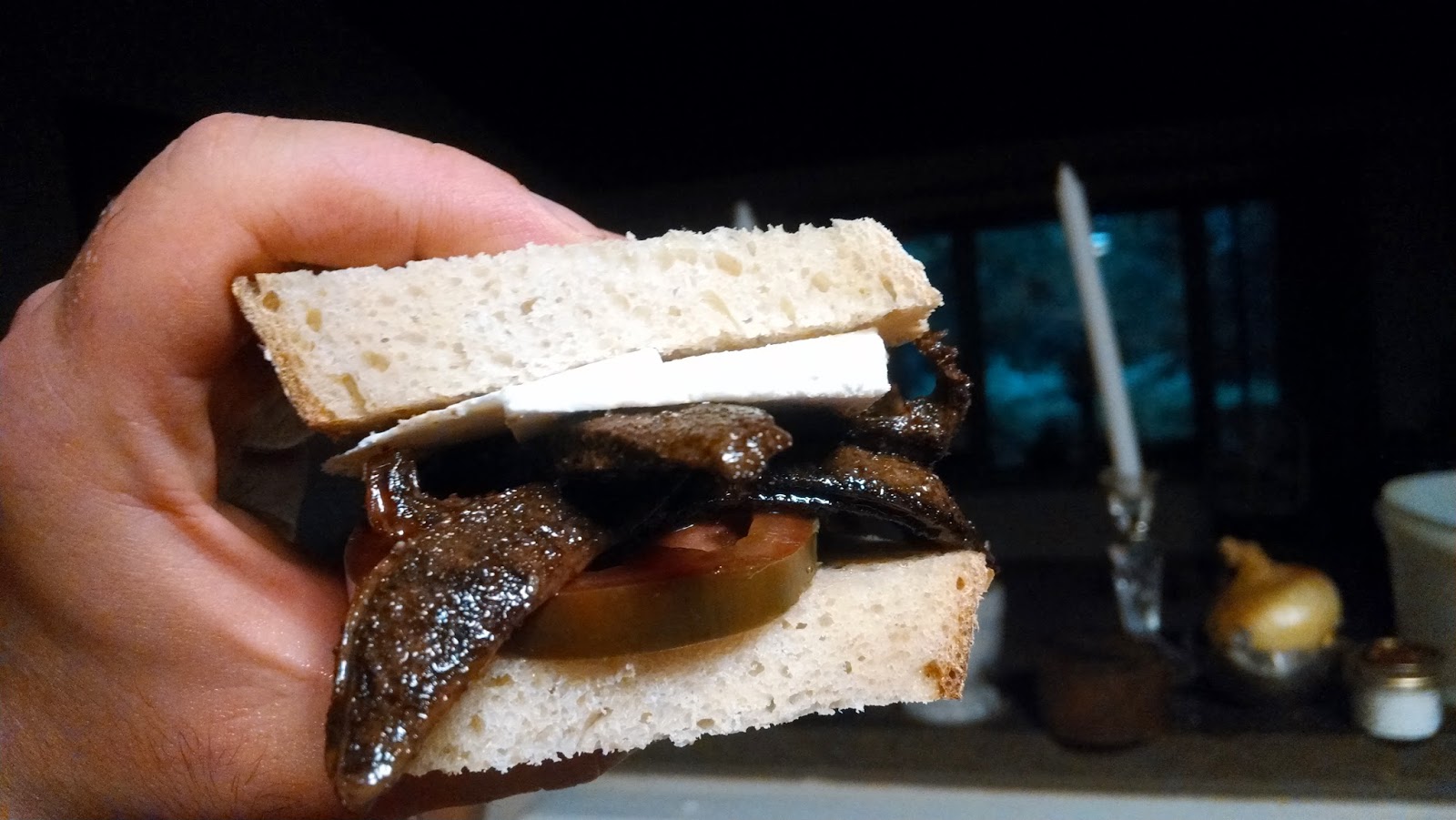 How did you poach the spleen? In water or milk? And for how long?