I've been meaning to write this post for a while, but thinking about it makes me really annoyed with myself...so it's been put off for a while.

I lost my first batch of sauerkraut.  Ever since getting my crock back in 2010, I've had it going with something; plain sauerkraut, red cabbage and apples, a mix of pickled vegetables in summer.  But at the end of last year I noticed the shredded cabbage was turning pink, sort of slimy, and not very crisp. 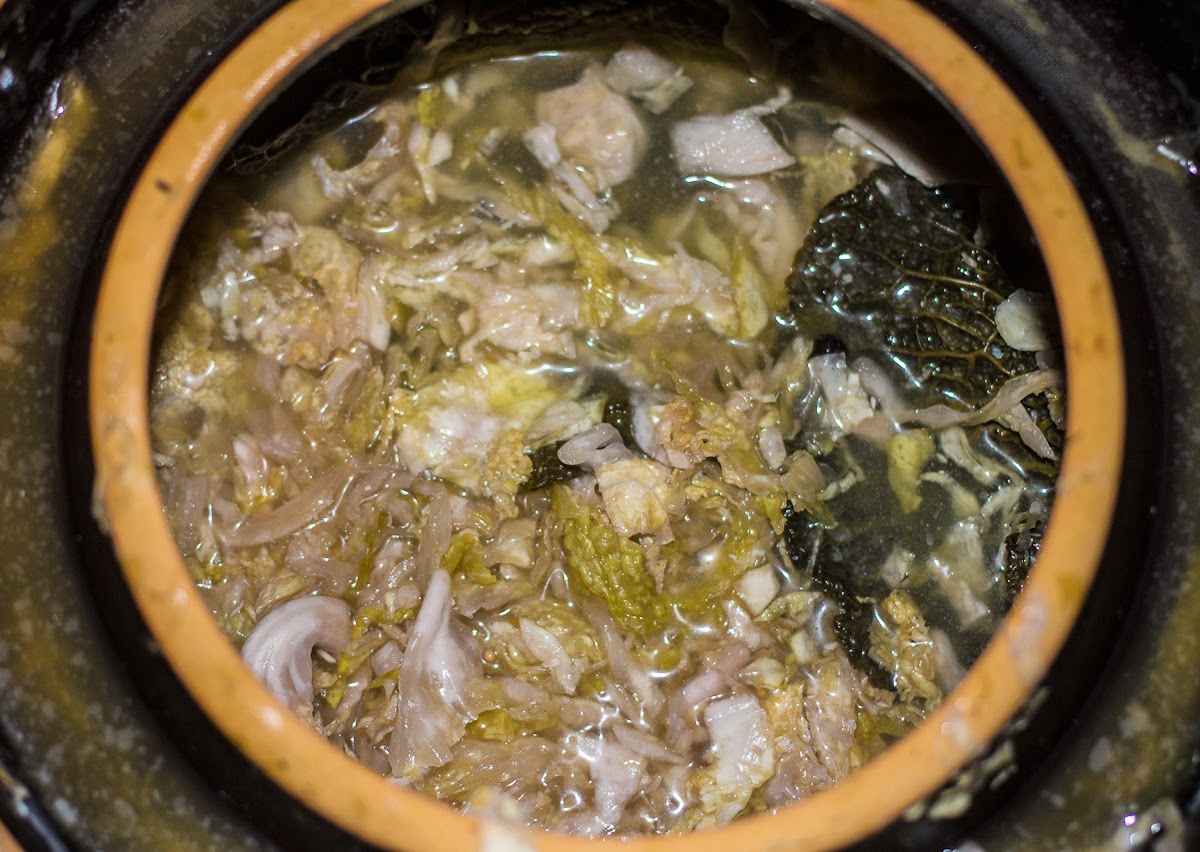 Pink sauerkraut is caused when the salt % gets too high in your brine, or the cabbage gets too much exposure to open air.  This makes the fermenting kraut a perfect environment for yeasts that can tolerate the high salinity.  I'd read about the yeasts spoiling kraut before and never had a problem, until this year.  Here's what I did wrong:

The local farmer's market was short cabbages, so I picked up one or two heads when they were available.  I shredded these, salted them, and started to fill up my crock for the winter.  Then there were no cabbages available, so I finished filling my crock with some really nice cabbages I found at the grocers.  Adding a cabbage here, two there, then some more later...clearly I had opened the crock to much more air than necessary.  Plus with these multiple additions of cabbage from different sources, I probably got the salt levels off.  The fresh cabbage from the farm is much moister than the grocer's cabbage, so they release different amount of water.  Excess oxygen and fluctuating salt levels sealed the cabbage's fate.

I hated throwing that pink kraut away (well, I actually dumped it off in the woods), but felt it was the right thing to do.  Reading about the pink kraut, some people said the yeast was dangerous and some said it was not harmful but just made a less-than-great kraut.  Finally I came across one post online that said it's not know if the yeast really is harmful, but it's just not worth the risk over $15 worth of cabbage.  This hit home for me, as there's still a lot about microbes we don't understand (heck, the USDA didn't list e.coli as a pathogen until 1994).  Fermenting vegetables is a very old tradition, but if that same tradition says "pink kraut's bad," then I'll go with it.
SHARE SHARE SHARE

I've always believed that the chemistry of Sauerkraut is delicate, which is why I always BUY mine. I stick to more guaranteed processes; pâté, bacon, hams, etc.