My brother-in-law Matt has been experimenting with the recipes and techniques from the book, The Modernist Cuisine at Home.  It's fascinating to watch and taste his efforts, as modernist cuisine/molecular gastronomy is something I've only recently tried myself.  Matt's most memorable experiment was making the MC Silky Smooth Mac and Cheese.  He made a Velveeta-smooth cheese sauce, even with a granular, 26-month aged Gouda mixed in.  There were other cheeses in the mix, but the intense, salty-sweet butterscotch flavor of the Gouda came through loud and clear.  To make such a dense, crystalline cheese have the perfectly smooth taste of queso dip was amazing, but bizarre, and possibly heresy.
Matt invited me to join him in dabbling in the dark arts, sharing some sodium citrate with me.   Sodium citrate is what creates the smoothness of this sauce.  By mixing sodium citrate with water, then whisking in grated cheese, the sodium citrate creates a sort-of-emulsion, by keeping the water in suspension with the proteins in the cheese.  This makes a smooth, creamy sauce that doesn't curdle into a gritty mess even when using a grating cheese like Parmigiano Reggiano.  It's actually quite similar to how they make Velveeta and Kraft singles, but you can control the quality of the cheese that goes into the sauce.
I've actually had Matt's sodium citrate for a while, but took a long time figuring out what to make with it.  Matt already showed me you could harness the flavor of a long-aged, umami-rich cheese for this sauce, and I wanted to try something new.  Looking at the recipe, I noticed they said you can mix the cheese and sodium citrate with water or wheat beer.  Well, wheat beer is very different from water, as it swims with sugars, alcohol, yeasts, and probably some particulates from the grain.  So if the medium doesn't need to be water, what could I substitute? 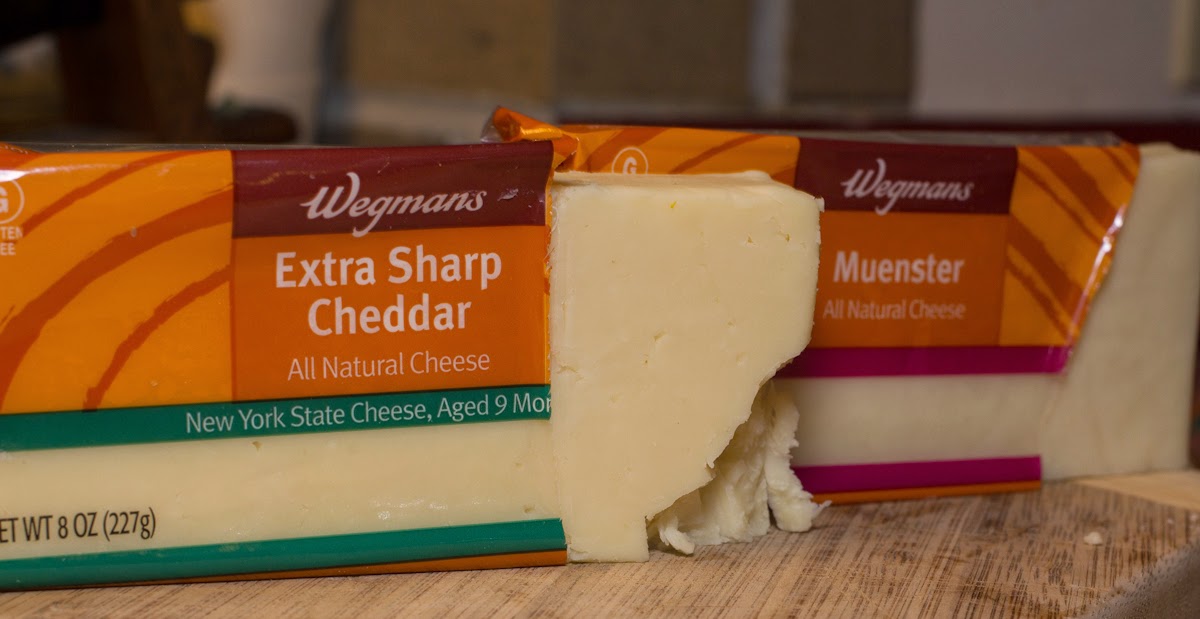 How about the soaking water from mushrooms?  Great Midwest makes a fine Morel and Leek cheese, but it lacked the intensity of morels that I had hoped to taste.  Modernist Cuisine also has a variant of the recipe to make a sheet of Silky Smooth Cheese, allowing you to make slices for grilled cheese or topping a gratin.  So how about a slice of morel-studded cheese? 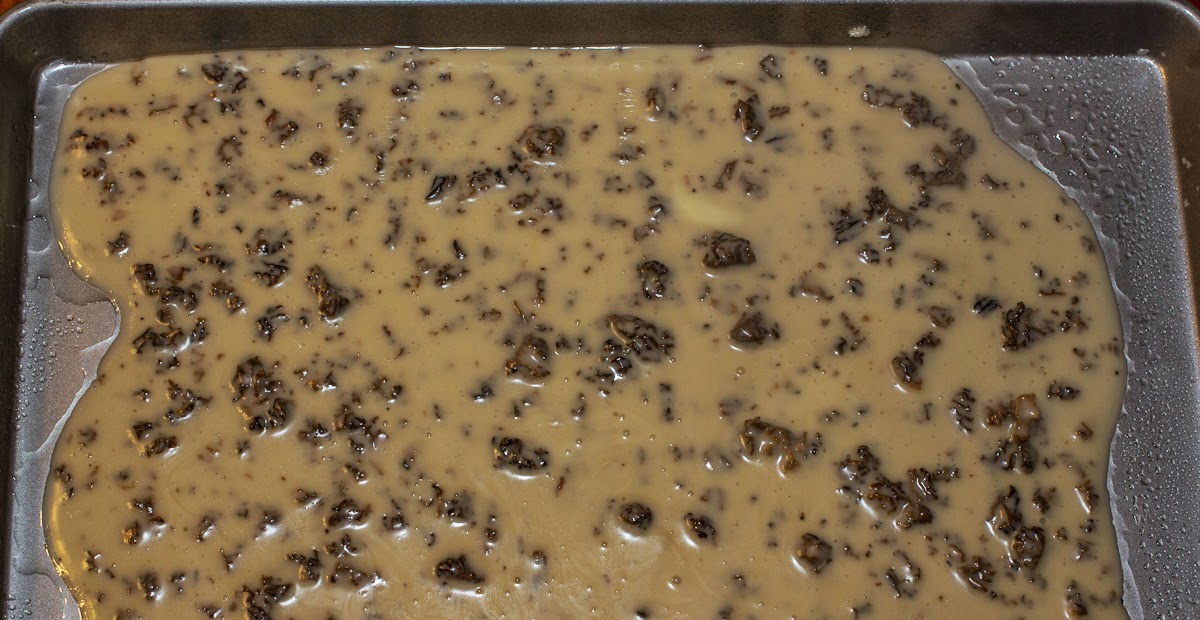 The recipe itself (linked above) is very simple.  I wanted to see how much the morel flavor would come through, so I kept things simple with basic deli cheeses from the grocers.  I rehydrated the mushrooms, then drained off their soaking liquid.  I reduced the soaking liquid at a gentle simmer to intensify the flavors, then proceeded with the recipe.  True to its promise, I had a silky smooth sauce of cheese.  In went the diced morel pieces.  A quick whisk to distribute the mushroom through the sauce, and then I spread the mixture across a cool, greased pan to firm up. 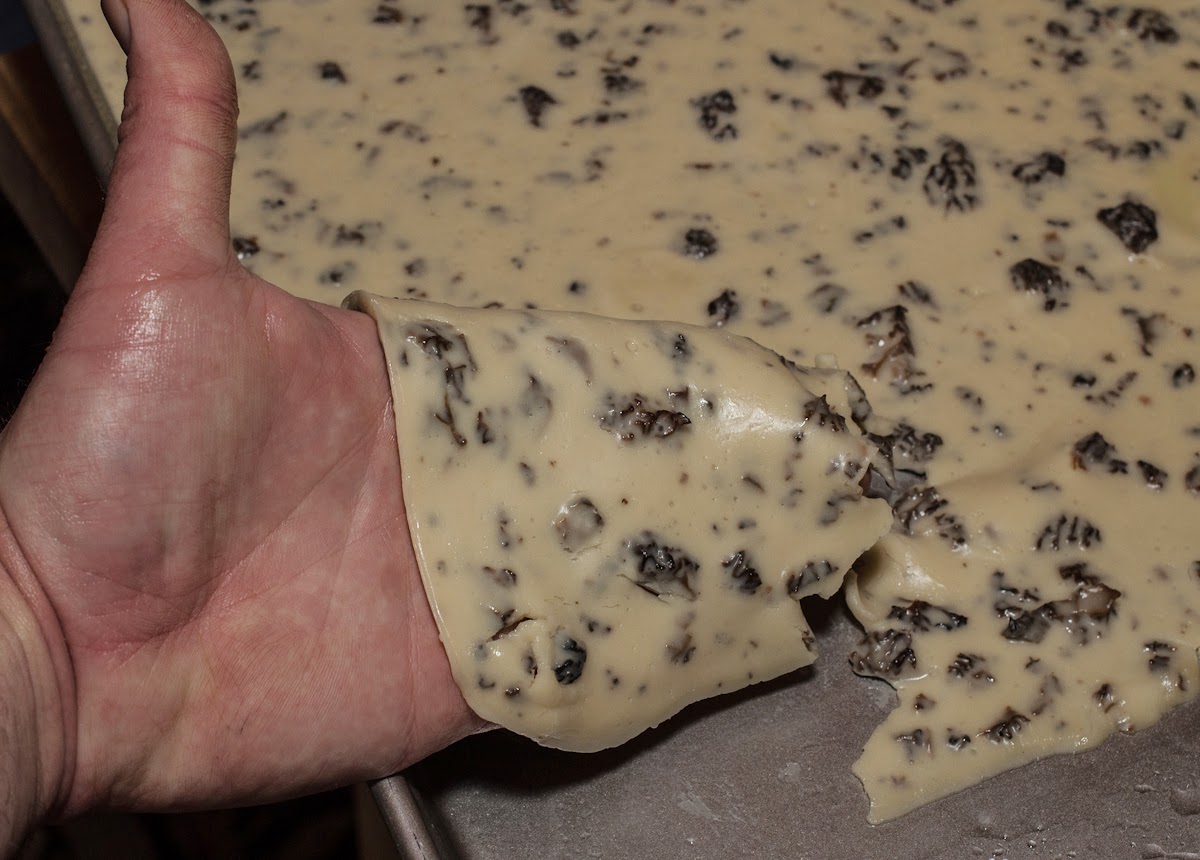 The results were interesting, mushroomy, and not quite what I expected.  I really like the morel flavor in the cheese slices, which I've tried as a grilled cheese and inside an omelet.  But honestly, the texture of the cheese still tastes very processed to me.  I didn't like cheese as a kid.  I did not grow up on Velveeta (or any cheese) and after cutting my teeth on raw-milk cheddar and crumbly goat cheese, it's still odd for me to get my head around the mouth-coating texture of "American singles" cheese.  Matt's cheese wow'd me with a flavor that I recognized in a form I never dreamed of.  My own experiment, while very tasty, almost seems too close to industrial cheese, despite studded with delicious morels..  In comparison, Carla loves this cheese, and didn't have any of the textural hang-ups I experienced.

It's funny.  I've learned to love the textural challenge of smooth tripe or a kidney, but Kraft singles still give me pause.