Saucing Vegetables with their own Fermented Juices

Wow, the title for this post may be the most unappetizing thing I've written.  So let me give some explanation:

Over the summer, Bon Appetit had an image in a side column on chefs doing in-house fermentation.  It plotted different chefs' experiments on a scale ranging from mild to super funky, with David Chang's pork Butabushi and Chris Cosentino's Roman-style fish garum at the far end of the spectrum.  Nestled in the middle was the idea to ferment vegetables as you would sauerkraut, then juice these fermented veggies to create a sauce for fresh veggies. 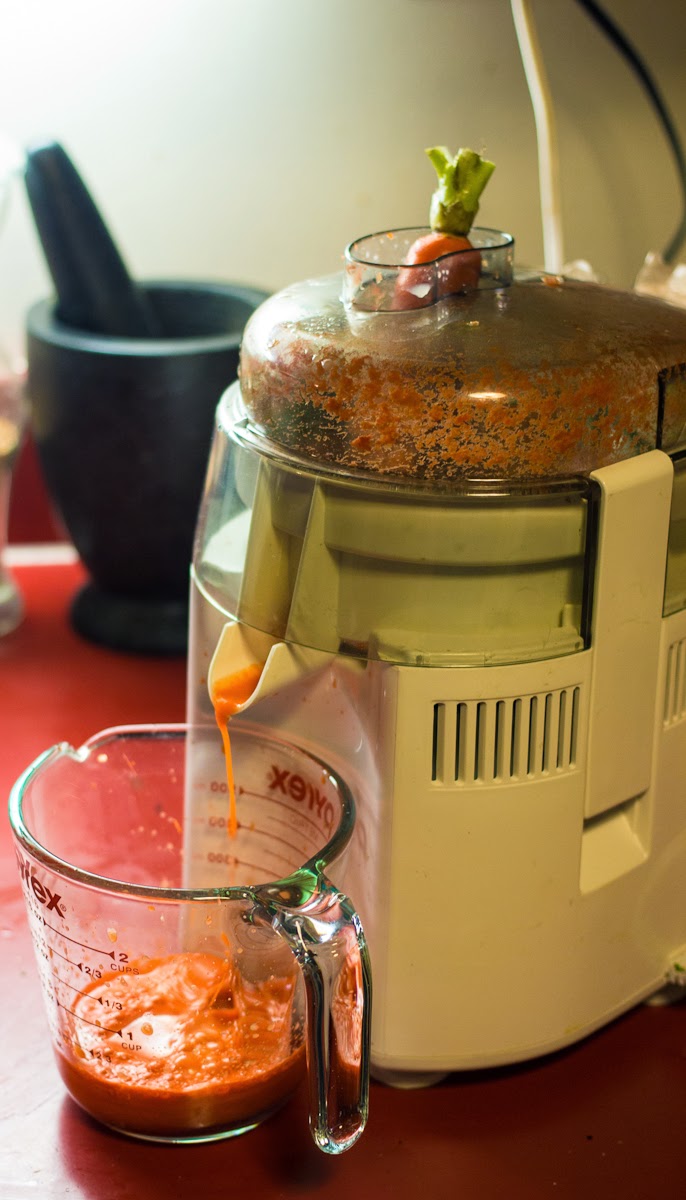 It sounded so cool, I had to start my own batch.  In making saurkraut, you're creating a salt water brine and pickling the veggies with lacto-fermenting bacteria.  These good bacteria happily exist in a saline environment, which is inhospitable to bad bacteria.  Now, I've usually got a crock of cabbage slowly turning into sauerkraut, so I used the juice from that to kick-start the fermentation.  Cabbage cannot be beat as a source for naturally occurring lactobacillus that collect on their leaves.  So shred, add salt, and the cabbage and bacteria will basically take it from there.

So I did this first with carrots, adding a cup of raw sauerkraut brine to the chopped up carrots, then topping up the jar with plain salt water brine.  Four weeks later, I juiced them to sauce fresh roasted carrots.  It turned out so well, I did a second batch, along with a jar of chioggia beets and a jar of baby white turnips.  Oddly the beets lost their pink color and now seem white.  Perhaps regular red beets would have been more color-fast.

Theses photos are from the second time I made roasted carrots.  I scrubbed and trimmed a bunch of fresh carrots, tossed them in olive oil and roasted them at 400 F until they were tender and slightly brown.  While they roasted, I juiced a little more than a cup of fermented carrot chunks, and added a half cup of fresh carrots to the juicer for a fresh, sweet flavor.  Roasting carrots can dry them out in the oven, so I added an almond-sized knob of butter to the fermented/fresh carrot juice mix and poured it over the roasted carrots.  Back in the oven for five minutes, the carrots seemed to plump up with the added juice, although that could just be some of the pulp from the juice coating the surface. 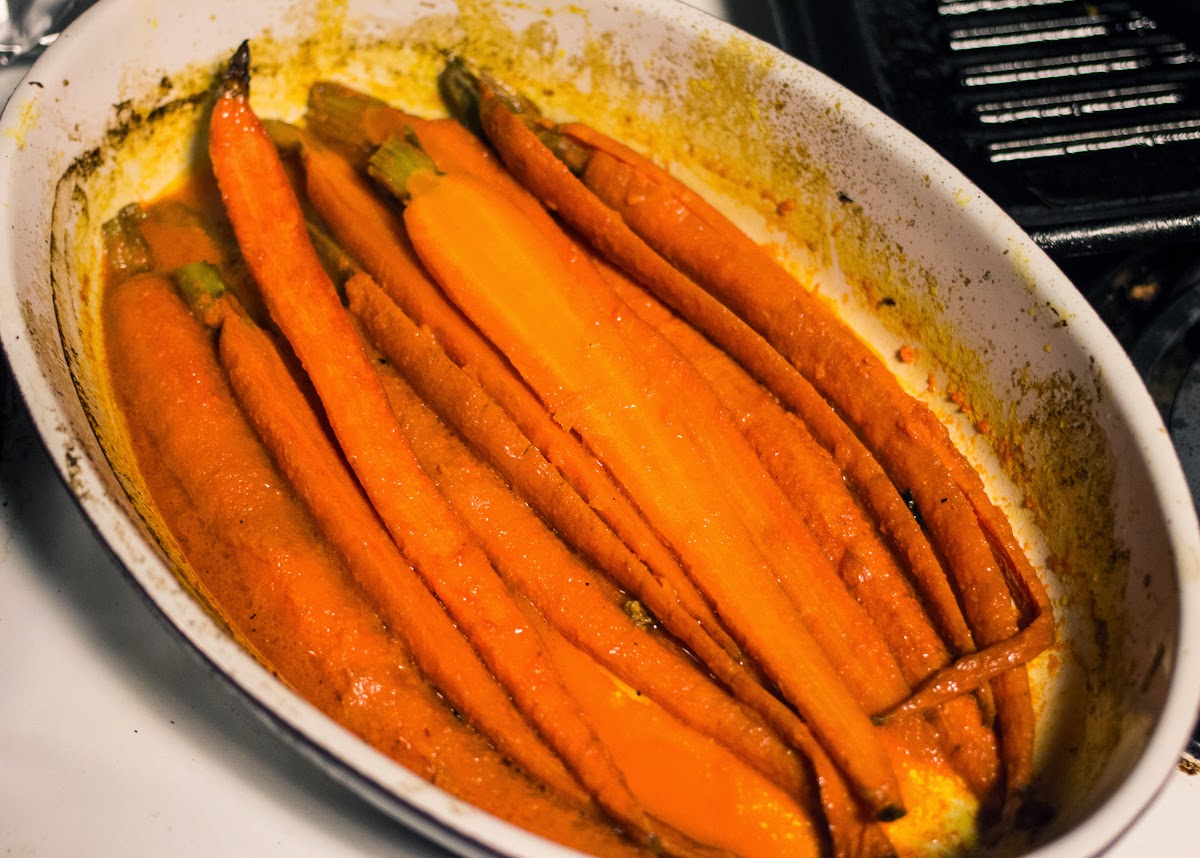 Out of the oven the carrots have a really intense flavor.  Not very sour or tart, but savory, salty, and just barely pungent, as if a dab of horseradish was in the mix.  I've very excited to keep going with this and see how different vegetables respond to the fermenting/juicing/saucing process.