This was the second batch of Kielbasa Krakowska Trwala that I made, as I wanted to try out a slightly different technique.  As a brief refresher, this style of kielbasa is typified by including large chunks of lean pork mixed into the finely ground pork.  This should give you a nice definition when sliced, showing visible chunks of meat inlaid in the kielbasa.  Along with being aesthetically pleasing, this is also a bit more "upscale," since you're using premium cuts of loin for the chunks. 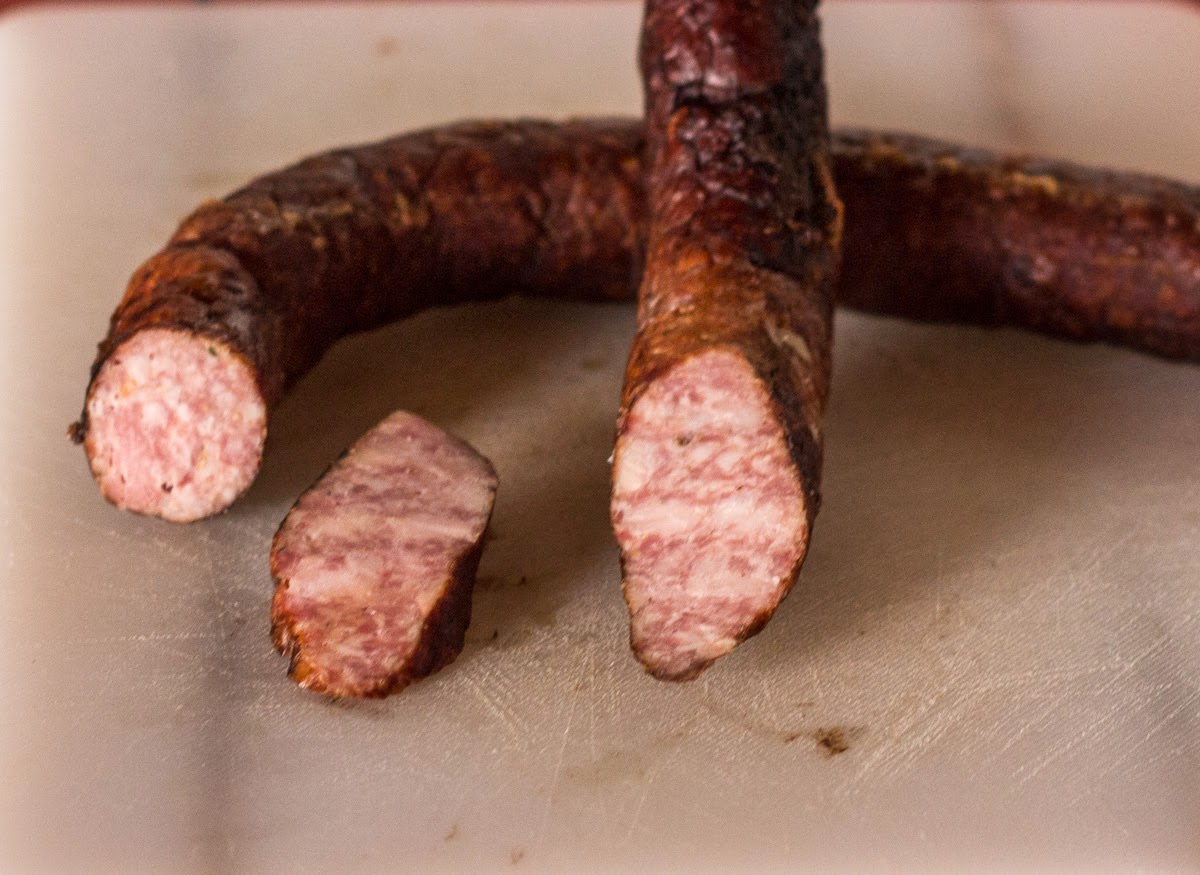 With my first batch, I used 40% pork butt, 40% loin, and 20% back fat.  The loin was ground, but passed through my largest die, 3/4".  This produced a good product, but it was a little dry.  So I wanted to up the fat a bit, and went for 60% pork butt, 20% loin, and 20% back fat.  Since there would be less loin in this recipe, I thought I could make them stand out more by cutting them by hand in larger chunks.  Also, I veered away from the classic garlic and fresh marjoram blend for this recipe and tried coriander and white pepper, which is more typical of kielbasa limanowska. 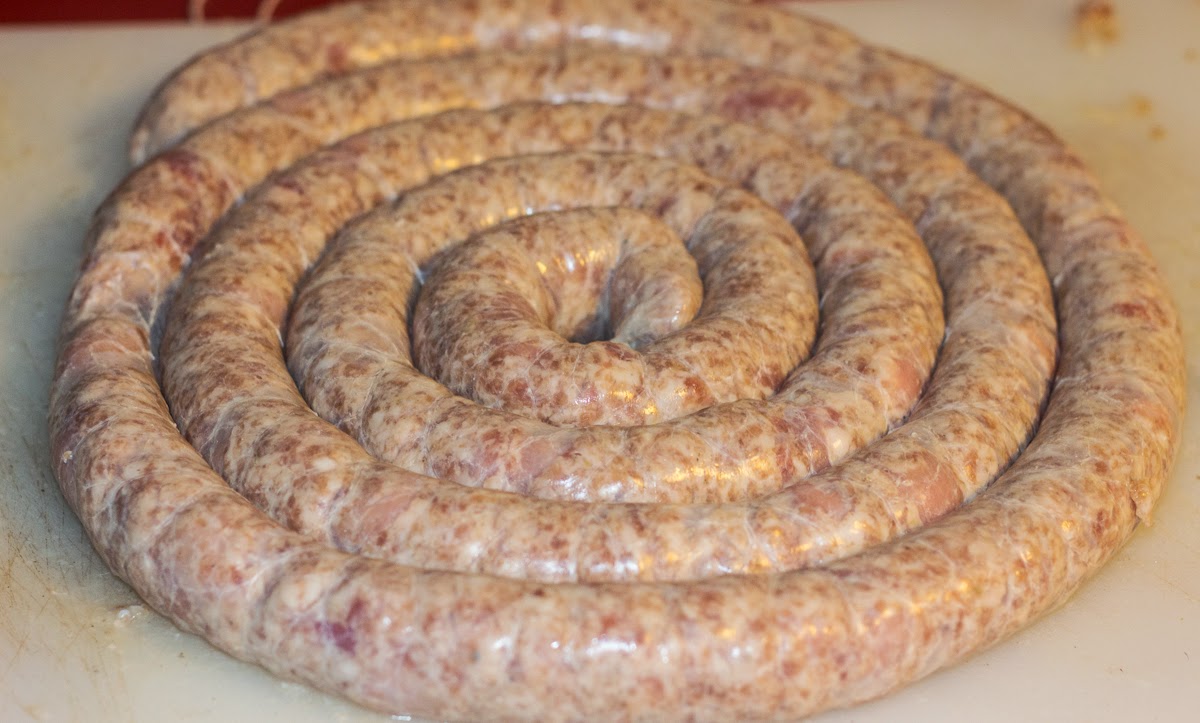 The final result was very tasty, but not quite what I wanted.  When I first cut into the sausage I was surprised to see large white sections of fat in it...then it hit me those where the large cubes of loin, not fat.  Compared to my first batch, this sausage wasn't dry and had a really nice blend of meat and fat.  So while the kielbasa was good, you really didn't see the large chunks of meat unless you cut the kielbasa on an extreme bias.  If you were doing a larger diameter sausage, this wouldn't be a problem, but in a smaller hog casing you really don't notice the effect. 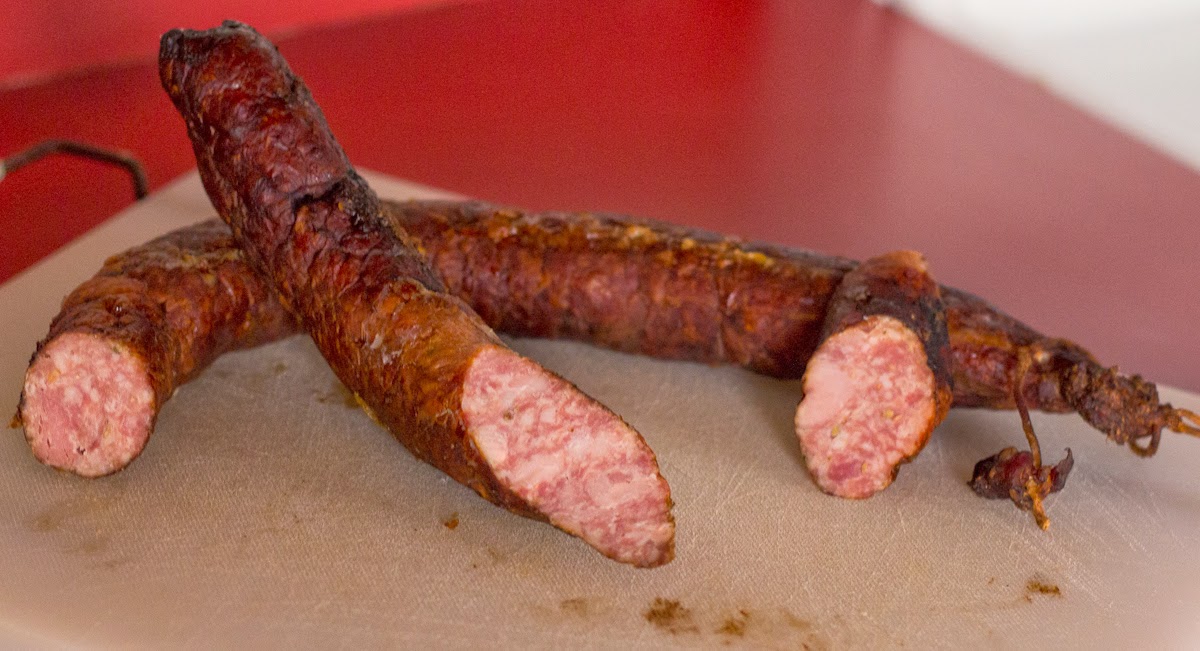 When I make this again, I think I will stick with the 60/20/20 meat ratios, but I'd like to try another spice blend, such as mustard, allspice, or paprika.