This was one of the more labor-intensive scrapples I've made, but I think the extra effort really came through on the final product.  I ordered a pig's head and got just that - a giant, furry pig's head.  This was a crossbreed between a Tamworth and an Old Spot.  Despite the work ahead of me, I could tell it was a beautiful, well-raised animal and I wanted to get as much out of it as possible.  I felt much like author Anissa Helou in The Fifth Quarter, when presented with a similar fresh-from-the-farm head.  So I rolled up my sleeves and dug in. 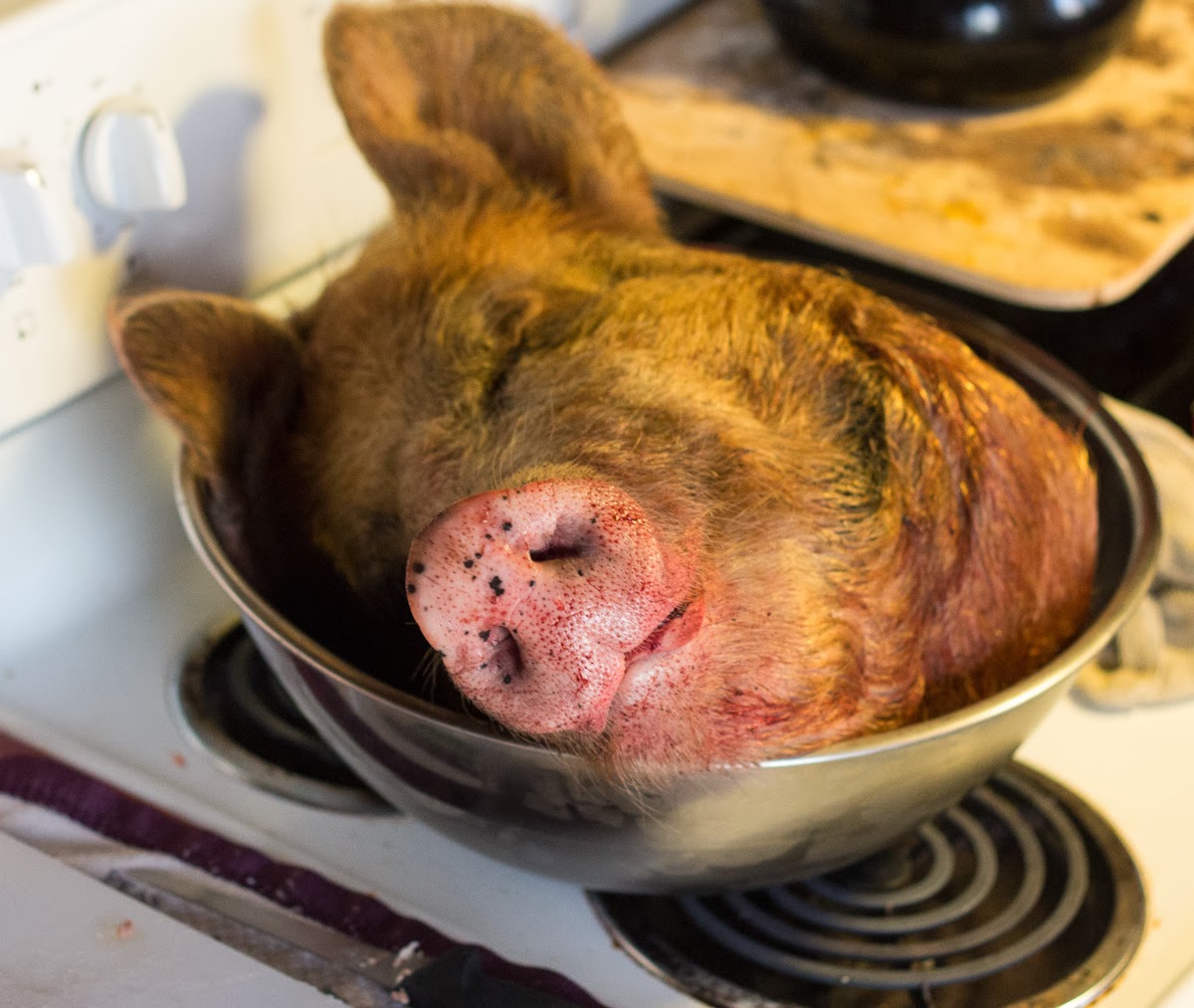 The pig head was about two days old, and try as I might with my bell scraper and hot water, I was making no luck in removing the thick bristles.  So I ended up cutting off the ears, which I knew I could de-hair by soaking and brandy and setting alight.  Then I  skinned the head, saving as much of the collagen lips and snout as possible. 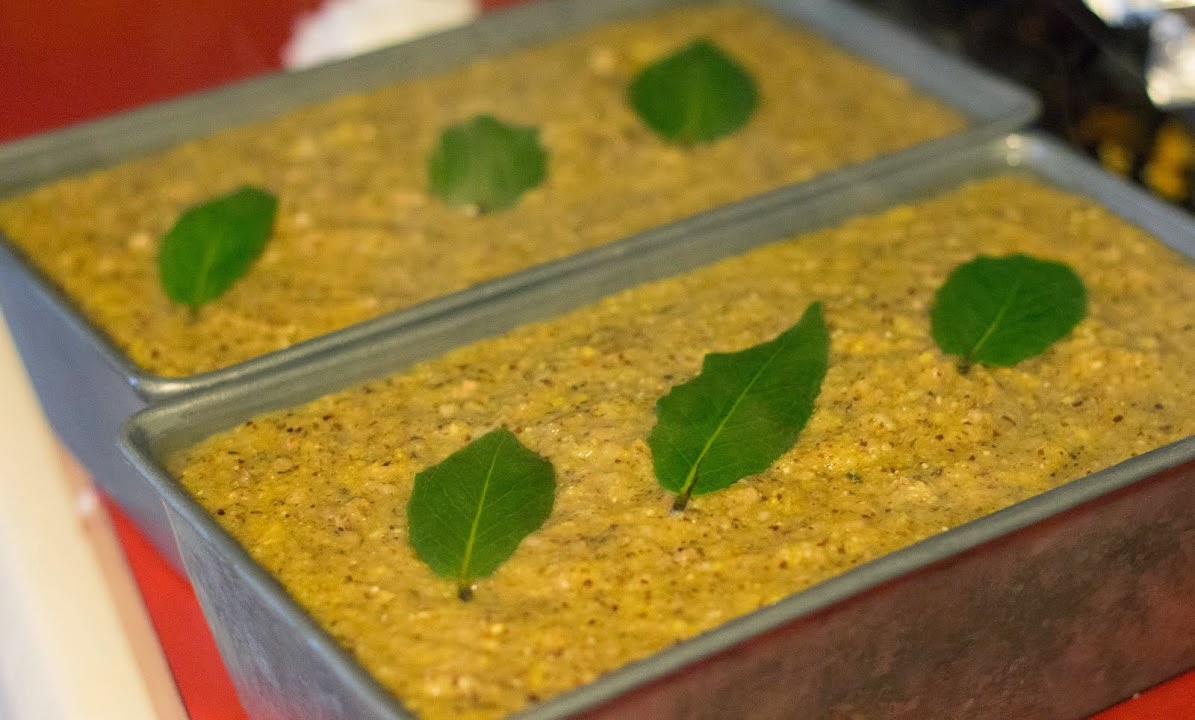 After that, it was pretty much scapple making as usual.  While I normally grill and smoke the head for a smokey flavor in the scrapple, I had picked up some heirloom red flint polenta (available from Anson Mills).  This is a whole grain cornmeal, so it has the bran included for extra flavor and nutrition.  This "red flint" is also the burgundy-colored flecks you'll see throughout the scrapple.  I was curious about the flavor of the polenta on its own, so I decided to skip the hog head smoking this time. 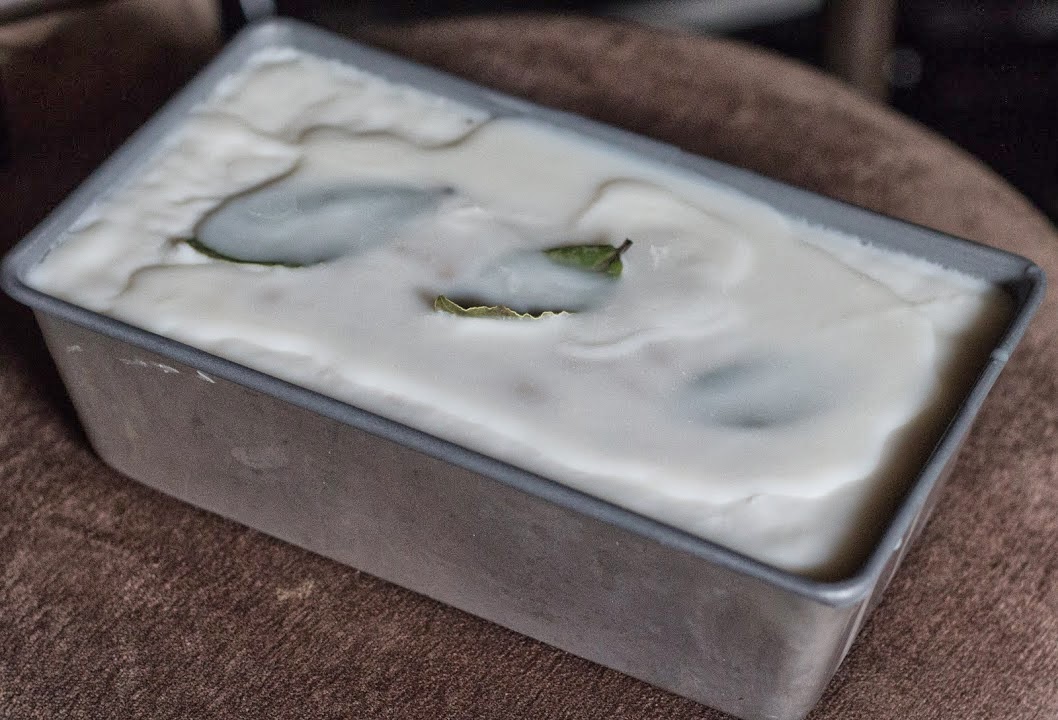 The head was scalded once to remove excess blood, then simmered in fresh water for about six hours with carrots, onion, celery, and herbs.  Then I picked through the head to remove the bones and glands, saving the meat, fat, tongue, remaining skin and snout.  This was all chopped up, the poaching broth was brought to a boil, and I added the polenta.  This cornmeal took a good hour-plus of cooking to set up and thicken, but when it did, it really firmed up and pulled away from the edges of the pot as I stirred.  Then the meat was added back in and seasoned with salt and pepper. 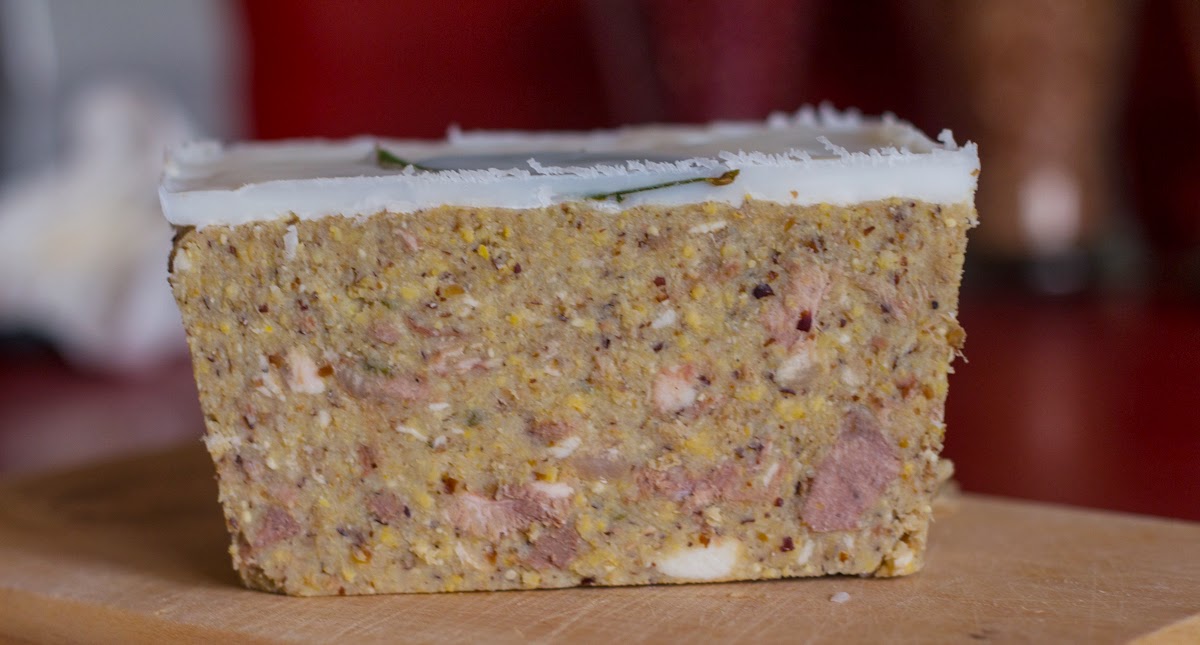 Then I poured the scrapple into two greased loaf pans.  Once the scrapple had cooled a bit, I covered it with bay leaves and poured over hot lard.  The lard will help seal and preserve the scrapple, plus you can use it to grease the pan when it comes time to cook.  I really like the way this red flint cornmeal set up.  It made the scrapple very easy to slice and fry, along with have a nice firm texture that wasn't gummy.  Plus, the fresh bay laurel gave a nice, light flavor to the lard. 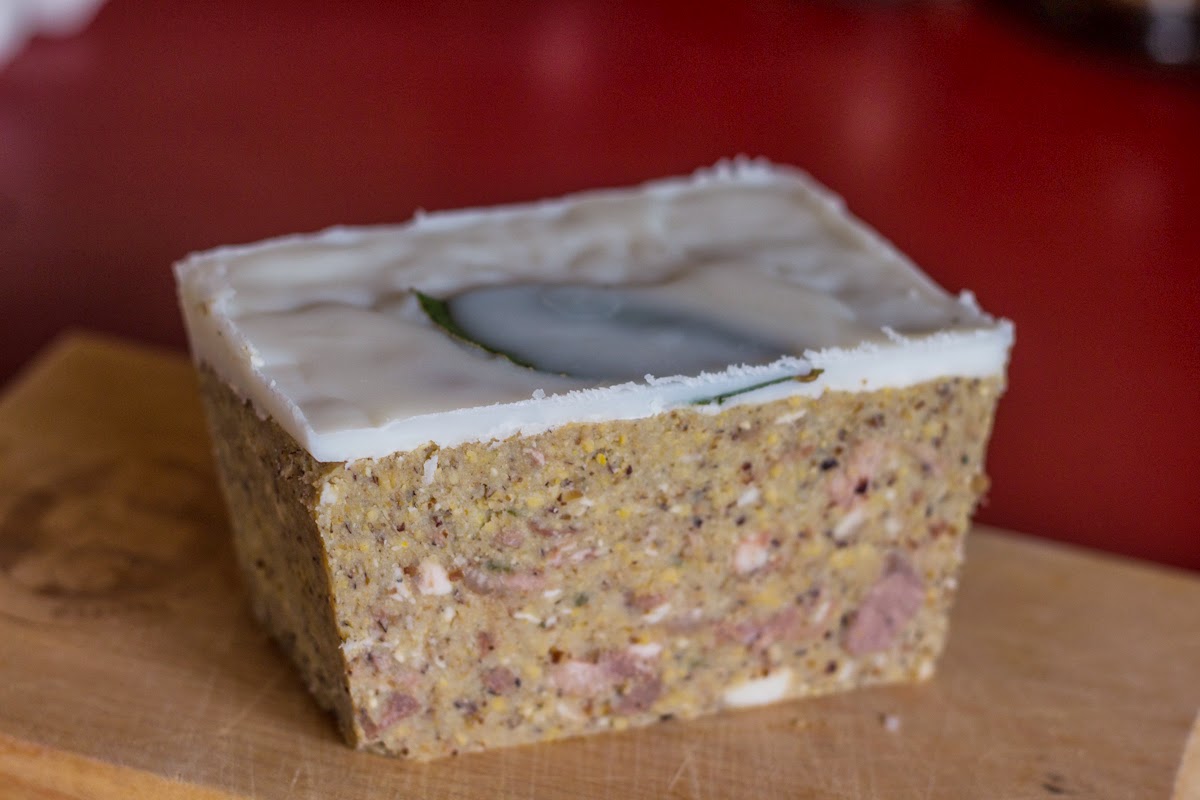