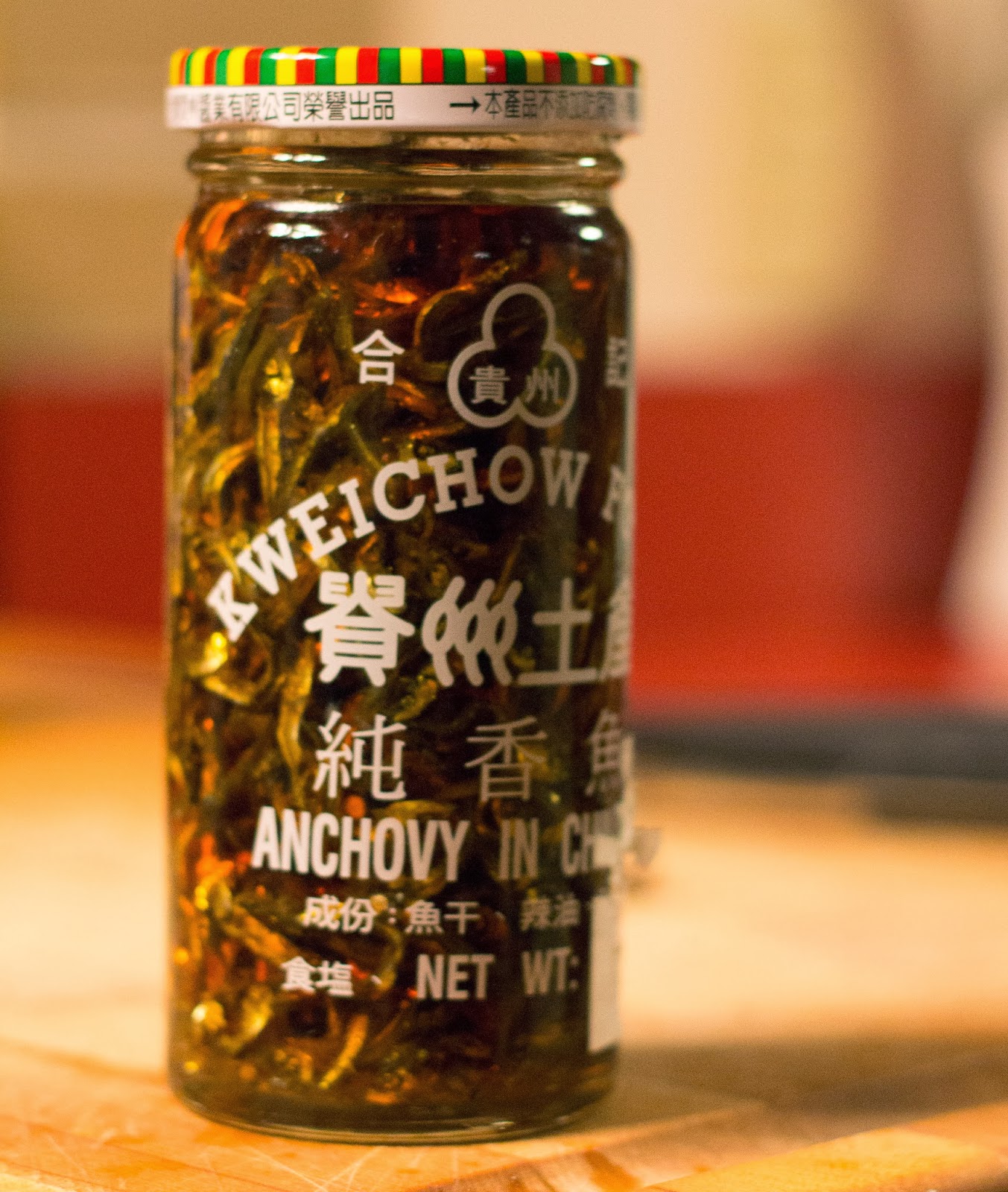 I found this eye-catching jar in a local Asian market while picking up some canned fish and tea.  I'm not sure if I spotted the jar first, or if I was spotted by the beady eyes of the 600 tiny anchovies pack in the 8.6 oz glass jar.  Made by Kweichow Food in Taiwan, the ingredients were very simple: fried fish, chili soybean oil, salt, and sugar.  Each fish was about an inch or less long, and about as wide as a dry spaghetti noddle. 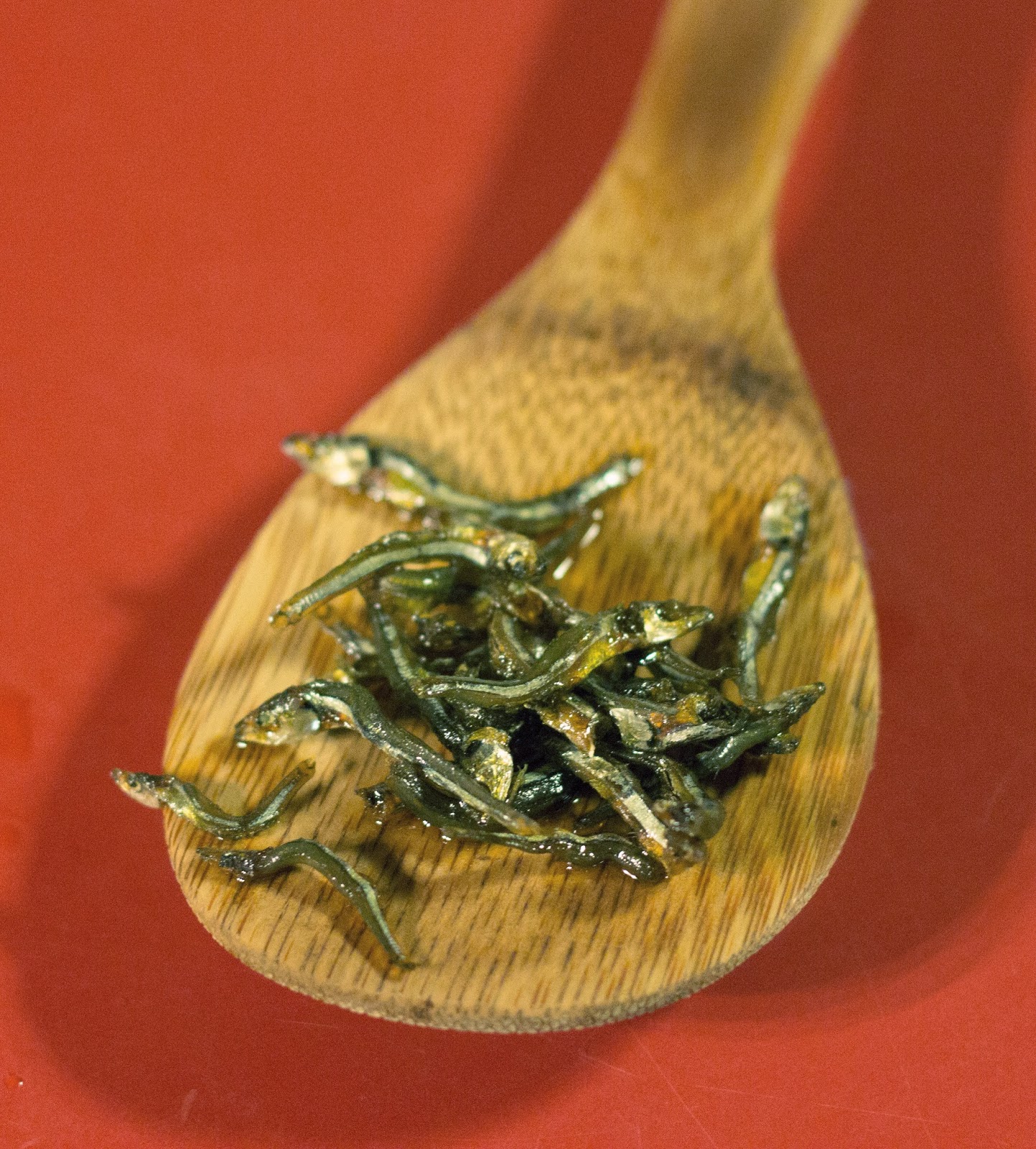 A bit of research turned up painfully little on this product, but of course I still bought it.  Initially I thought it might be interesting to use this product like a fish sauce or salted shrimp.  But upon opening the jar I found the fish were very firm, chewy, and surprisingly tasty on their own.  Top-quality sardines are also fried before being canned, which helps to maintain a firm texture after canning. I'm guessing these anchovies are fried for the same reason, as they had a delightful chew to them.  There was modest lingering heat from the chilies, but nothing major.

I decided to see how they would hold up as a component in a cooked dish, mixing them with sauteed cabbage and miso to top white rice.  Unlike western anchovies, these fried anchovies didn't dissolve in the pan but kept their shape and firm texture.  Flavorwise, they only added some modest heat and fish notes to the dish, but texturally they really stood out in the soft cabbage and sticky rice.  I have no idea if this is how they're traditionally used, but it's definitely a dish I would make again. 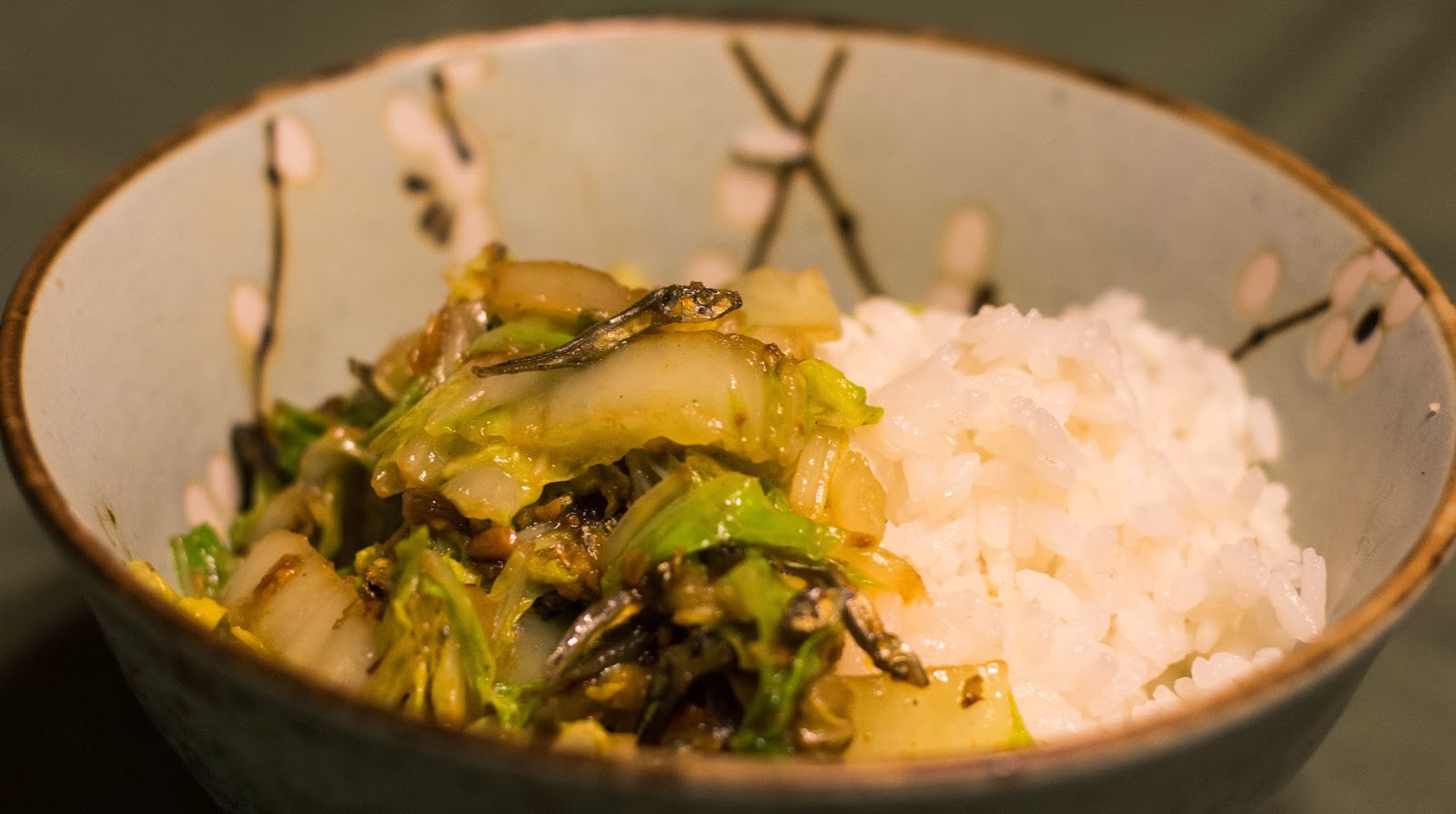 N.B.:  After opening up the jar and stirring the contents around, I apparently worked a number of air pockets into the chile oil.  This lead to small air bubbles gurgling up to the jar's surface between the fish about 10 minutes later as the contents resettled.  Although the sight disturbed me at first, upon inspection I confirmed that the fish were not actually breathing and bubbling air in the jar.
SHARE SHARE SHARE

I bought this too! I was searching how will I consume or incorporate this to my dish! Thanks for the info! Yes it's fried