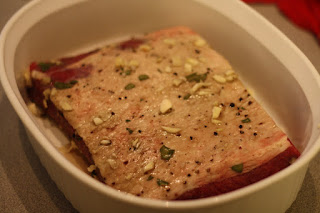 But what fat to use? I thought about using beef fat, but couldn't find much information on it. I passed on the idea out of worries it wouldn't properly preserve the meat, along with the difficulty of getting a large quantity of suet. Duck fat was traditional, and much easier to get ahold of. D'artagnan will sell you a ten pound bucket of rendered duck fat for $28. It'll last forever frozen. 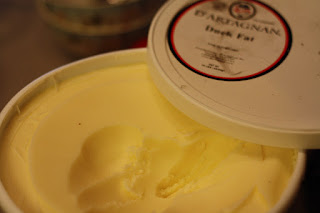 After the fat was chosen, everything else was traditional confit. I salted the brisket for 12 hours, along with a seasoning of garlic, bay, and peppercorns. The next morning I rinsed off the excess salt and seasonings, then popped it in a casserole dish with enough duck fat to cover. I started it in a 350 F oven until it started to simmer, then turned it down to 325 F, then 300, then 250 for each consecutive hour. 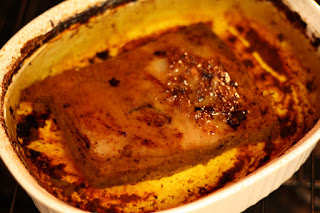 Now it's just hanging out for the next two weeks or so to season in the fridge. The entire house smells sooo good and beefy!
SHARE SHARE SHARE

Just googled brisket confit out of curiosity and this was one of the first results. I'd love to know how it turned out

Oops, just read your other post with your impressions on the turn-out. I wonder if the dryness could have been avoided with a lower temp from the beginning?

Thanks for checking it out! This is something that still puzzles me. When you think of brisket, it's always tender and moist whether brined and cured for corned beef or pastrami, or smoked for hours for Texas-style BBQ. Part of me wonders if I just had a bad cut, and that's why it turned out dry. But then, pure fat is a pretty forgiving medium, and I have wondered if ultra low and slow is the way to go...I just need spring to get the sous vide for 48 hr confit