So December passed in a rather hectic blur. As usual work was especially busy, but I also ended up sick and knocked out of commission for a few days. Coupled with lots of travel, I found little time for updates. So here's a bunch of mini-posts at once!

New Cheese: I had a wonderful piece of Appleby's Farmhouse Cheshire, which made me want 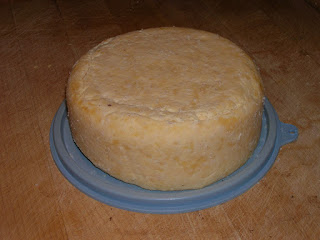 to try some other English farmhouse cheese-styles. While you could make something "like" Cheshire, you can never make a true Cheshire cheese unless you're getting your milk from Cheshire. The cows feed on grasses from salt bogs, which gives the milk (and thus the cheese) a wild, grassy, salty flavor. It's a true terroir-cheese, intimately linked to the land where the milk is sourced. So I made a similar style of cheese, a Red Leicester. Red Leicester is a quick-ripening cheese, so it doesn't take as much aging as cheddar. It's also not as sharp or firm. 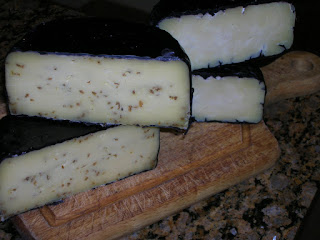 spot-on! It was the perfect amount of cumin, with a smooth gouda texture. My first-attempt pasteurized cheddar was ok, but needed more salt. The cheddar's texture was also not quite right. I think I'm over heating the curds, which is also why the cheese did not knit together properly in the press.

Homebrew: Last fall (2008) I made a great Maple Brown Ale with a quart of maple syrup. This fall I started another batch, but this time with a gallon of maple syrup. I used a Belgian high-gravity yeast that could digest that much sugar (and still survive the resulting alcohol levels), but it's still fermenting after a solid month. I think it's going to be a great beer in the end...it's just taking a looong time to eat through that much maple syrup. 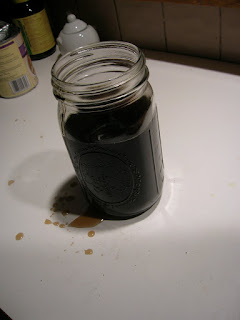 I've also got another lambic going. This one is 3 lbs of liquid malt extract that I soured in two gallons of water, then added three gallons of apple cider into the fermenter. My boss is from Northern England and he told me that 50/50 beer and cider is popular in the fall, so I'm seeing how the malt will blend with the cider when fermented together with a blend of Belgian lambic yeast.

Oink!: In an act that could be 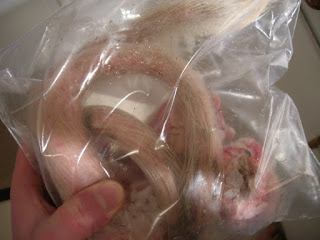 described as nother less than a true labor of love, Carla got me a cooler full of pig parts! I've got three tails, four ears, a head, a heart, a liver, four feet, two strips of back fat, and a tub of caul fat! Up first I'm cooking the tails. The game plan is to braise them in stock, then allow them to cool until I can bread them in mustard and bread crumbs and fry till crispy. Details to follow!
SHARE SHARE SHARE

Are you sure all those parts are from a pig?