This is a post that I've been mulling over in my mind for about six months now, and I'm still not sure if it'll come out the way I want, as it's a very messy, gray area. 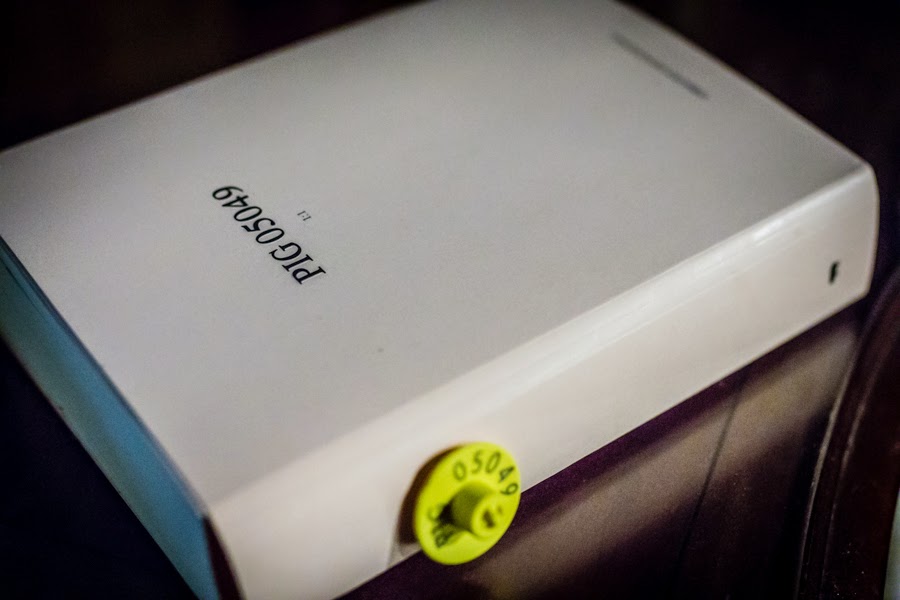 I came across a post by Bob del Grosso in which he takes a New York Times article to task for promoting a less-than-complete image of the nose-to-tail food movement.  The article is worth reading, and it's important to know Bob teaches raw milk cheese making classes at Trent Hendricks' farm, cooks offal, makes sausage, and doesn't shy away from a whole pig head.

In short, he vents his frustration that the Times article promotes the consumption of some offal, like feet, the head, and the tail.  But missing from the photo and article is the blood, internal organs, and sex organs.  He feels that the current nose-to-tail movement pushes the consumption of some offal, but much is missing, and those missing parts get trucked off to a rendering plant or processed into pet food.

The part that gets me is "I've seen enough on-farm slaughter to know that no one utilizes all of the parts of a pig -or any other animal- better than the big, vertically integrated slaughter house factories. You want true nose-to-tail cooking? Have lunch at a Smithfield Pork factory. [...] in it's current form, the nose-to-tail cooking movement is at worst, yet another feel-good inducing campaign by chefs et al out to exploit a market for artisanal food or, at best, an aesthetic movement peopled with folks who derive pleasure and a sense of empowerment from taking charge of a part of the food web that has, for better part of a century, been under the aegis of specialists"

Which is where Pig 05049 comes in.  Created by Dutch designer/artist Christien Meindertsma, this is a photo collection dedicated to "pig #05049," who was processed in a large-scale slaughterhouse.  She spent three years researching all the various products that can be sourced from a single pig.  It's a beautiful and thought-provoking book.  I had no idea a pig's bones could be turned into bone protein and used in cellular concrete for roads, or in making drugs like Heparin (sourced primarily from a pig's intestinal mucus), or the blood is used in cigarette filters.  And that's just three of the 185 entries.

When I worked at a slaughterhouse, all the organs (except those we could sell, like liver and heart) were put in 55 gallon buckets and picked up weekly by a company that would turn them into pet food.  A small plant of six employees including myself, we did not do the volume to send the bones to plant A, blood to plant B, and hides to plant C.  But it makes sense that a huge processor like Smithfield could separate and direct truckloads of various parts to different companies who could process them into new products, like pig bone fat becoming fabric softener.

But I just cannot get past the fact that these pigs are living terrible, short, truncated lives and producing meat that's better off being turned into soap than food.  Plus I imagine the transmogrification of these cuts require a large amount of energy and chemical solvents.

I agree with Bob that as a society we can be so so so much better about eating all parts of the pig.  But if that NY Times article gets someone to try a pig's hock, tail, or a slice of headcheese, isn't that a start.  I think a hard-line, all-or-nothing attitude will scare away more people than it will convert.