It's funny to me that for as long as I've been cooking pork, I'm still working my way through all the parts and learning how to cook them.  Granted, a lot of that is from the difficulty of getting my hands on these cuts.  But still, setting down to work on a new piece of piggy is always a time of excitement.  This is the stomach from a Tamworth hog.  Originally I wanted to stuff it with meat and cure it, using the stomach as a sausage casing.  This is traditional for kindziuk, and something that's been on my radar for a while.  Unfortunately with warmer weather coming, the time and conditions for curing meat are coming to a close.
So I went with a traditional recipe of stuffing and poaching the stomach.  The hardest part of this dish was rinsing and cleaning the stomach.  While the stomach was empty, the inside felt gooey.  Thanks to the power and glory of youtube, I found a video that recommended using a slurry of salt water to add some abrasive grit to help along the cleaning.  While scrubbing the stomach in the sink, I found there was a slit inside it from when it was cut out of the hog.  It was sort of a weird, angular cut, and kind of defeated my hopes to stuff the stomach whole.  Working around this, I sliced the stomach open along the slit and spread it flat, planning to just roll and tie it around the stuffing. 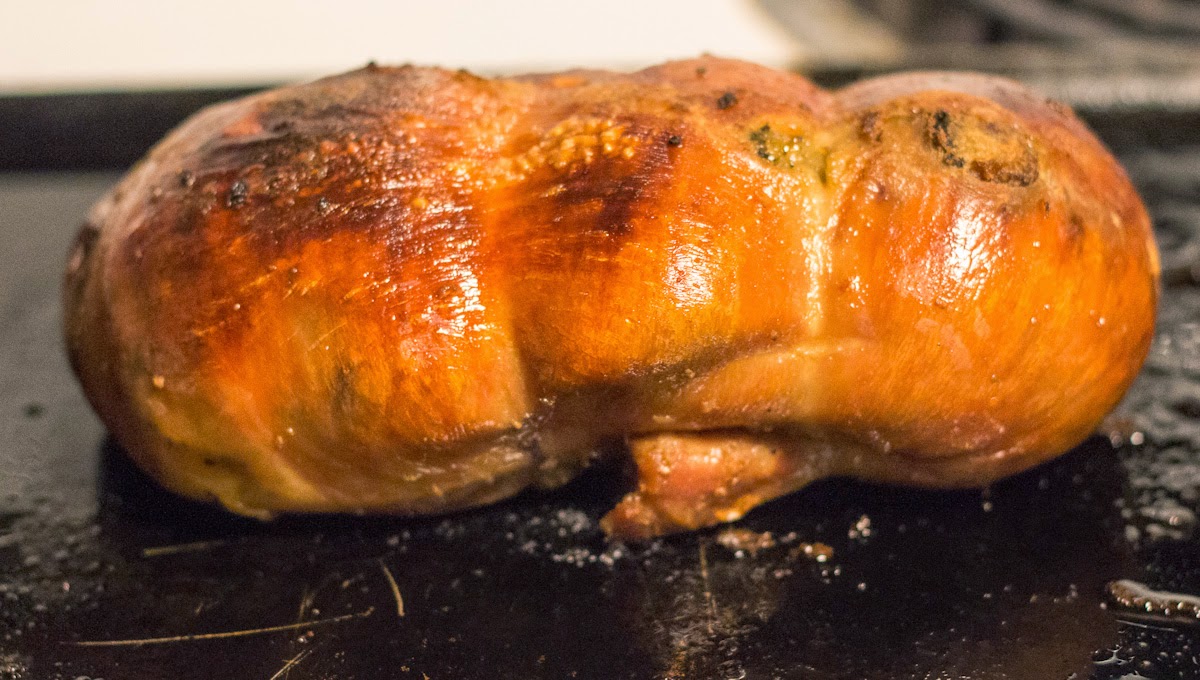 The stuffing was pretty basic: sourdough bread cubes, bacon chunks from the same Tamworth, onions, garlic, and herbs.  I piled this in the center of the cleaned stomach and tied it up as best as possible to cover the gaps. The stomach is a tough, muscular organ, and needs some slow cooking to help tenderize it.  So I gently poached it in vegetable stock for about four hours.  Then, taking a hint from my copy of Time-Life's The Good Cook: Variety Meats, I brushed the surface of the stomach with lard and roasted it at 400 F until it was brown and glossy. 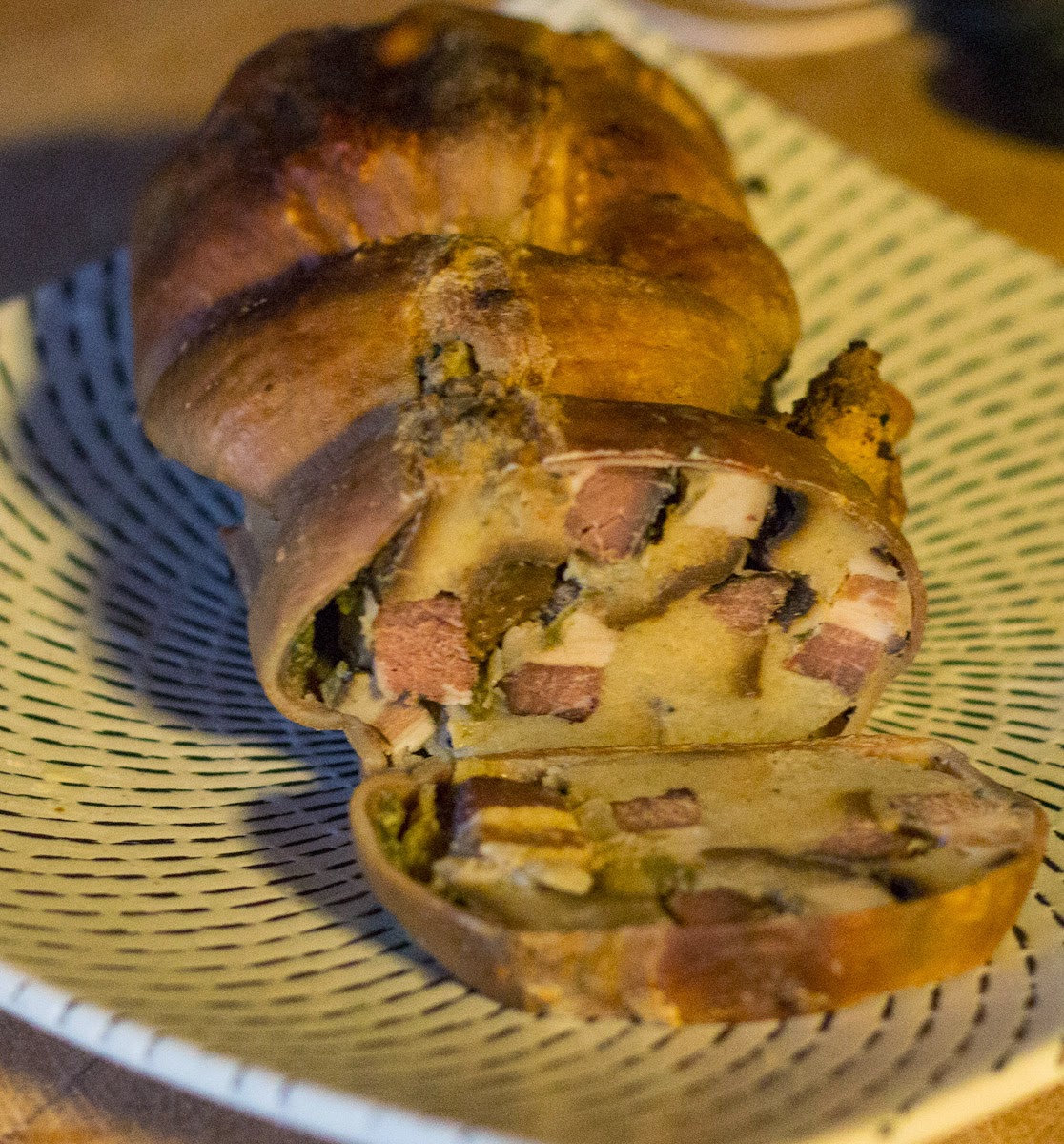 Initially I was worried about overstuffing the stomach, afraid it would shrink during cooking and push out the bread filling.  But as you can see from the air pockets in the photos, it seems to have shrunk very little.  What surprised me even more was the mild flavor of the stomach.  I mean, tripe smells pretty bad, with a raw, gutty aroma that fills your head.  This was super mild. White pork meat mild.

Like many organ meats, the stomach's texture is the most defining characteristic.  It's very firm and chewy; I see now why some people slice the stomach to ribbons and use it as noodles.  The top part that was browned and roasted has a pleasantly chewy texture.  It's hard to describe, but think of it this way: have you picked at the meat on the lower legs of the Thanksgiving turkey?  It's firm, chewy, and almost seems to splinter apart into little fibers of well-roasted meat.  That's what this was like.  I'd make this again, although I might make a more substantial stuffing next time, perhaps with ground pork, potatoes, and leeks.