This has been a good year for putting up cured meat.  At least I hope it has, as I'm still a week or so away from cutting down my first batch of salami.  That being said, I was hoping to get one more batch in, while I knew the cold weather would last for the duration of the curing time. 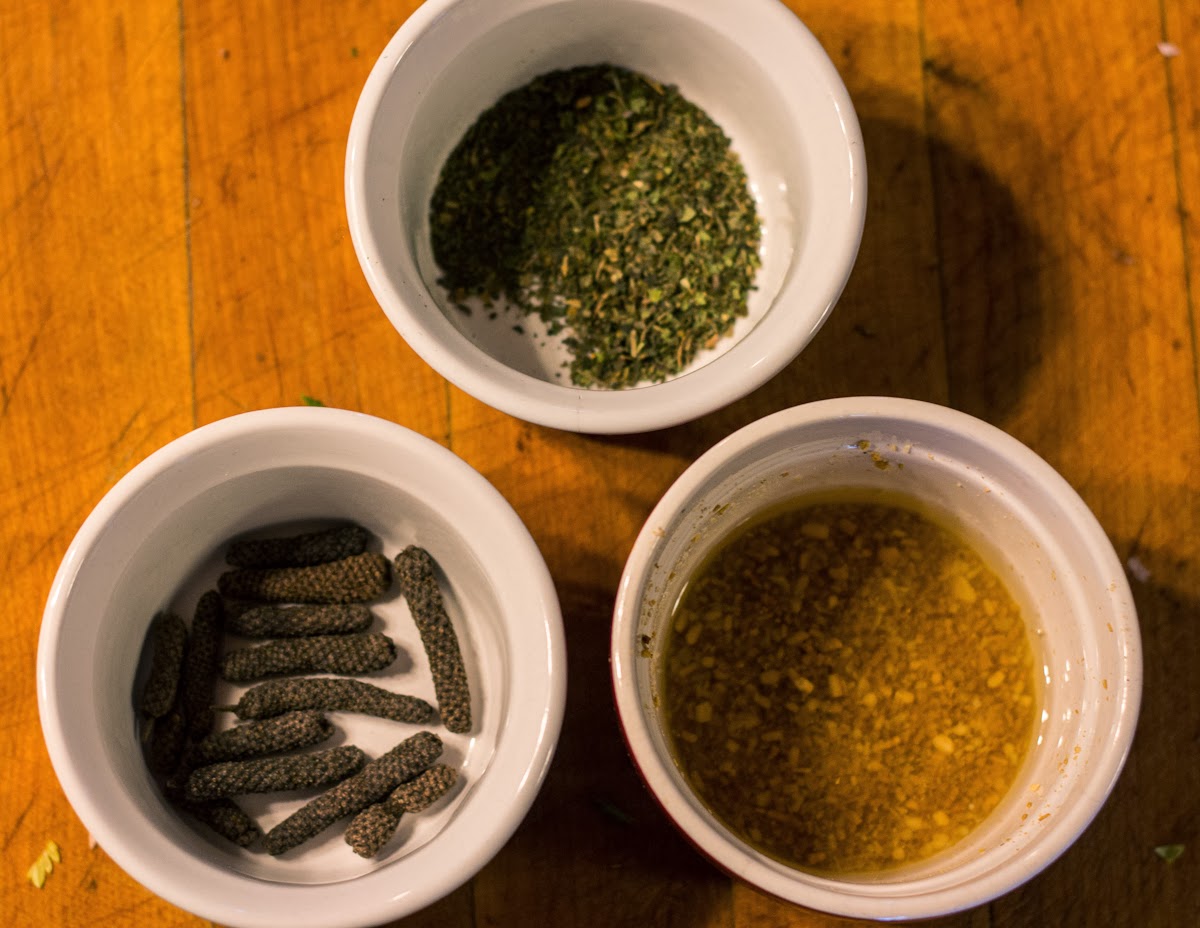 For the most part, my salami making for this season has been trying to practice basic techniques and slight variants on what I already feel comfortable with.  So I've made my caul fat salami again, but used a finer grind and changed the spices.  I also remade the fennel-infused finnochia salami from last year, but tried it in a beef middle casing this time.  Plus I've been trying to cure some more whole muscles, like coppa, belly, and a small ham.   That being said, I wanted to try something a bit different for this last batch. 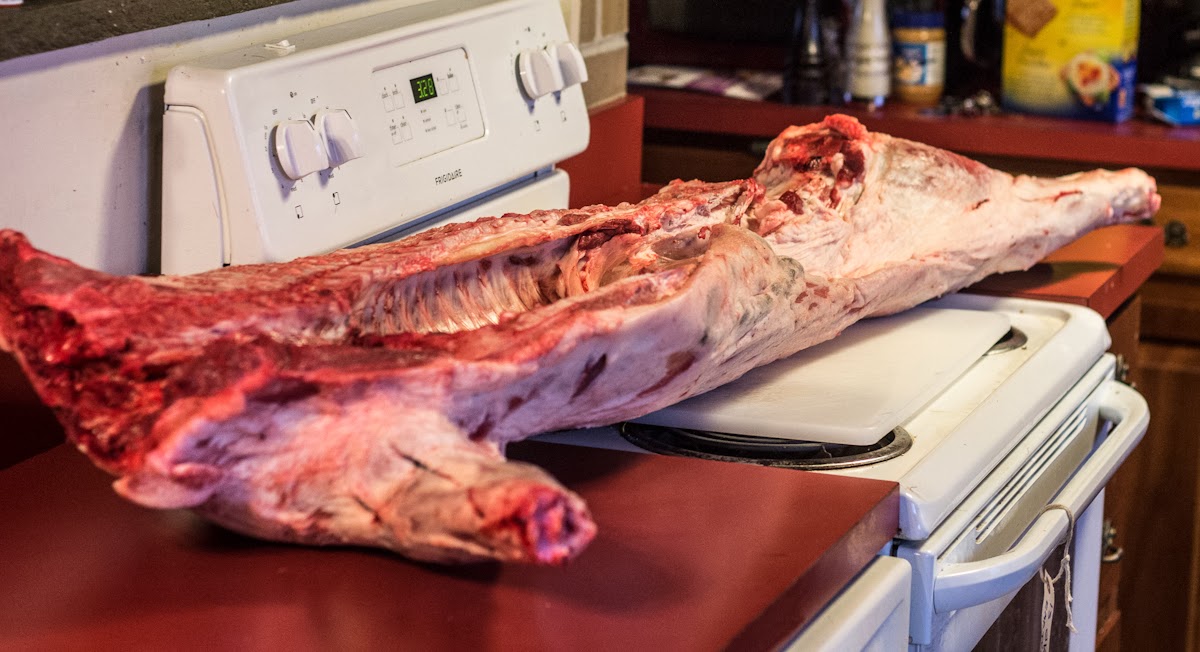 Thankfully I had lots of meat to work with, as I purchased a locally raised Tamworth hog from an Amish farmer, where it was processed by Rising Springs Meat Company.  Carla and I kept a half, and the other half was split with our families.  I took our half home, where it was greeted with a mix of enthusiasm, curiously, and chop-licking from our pup. 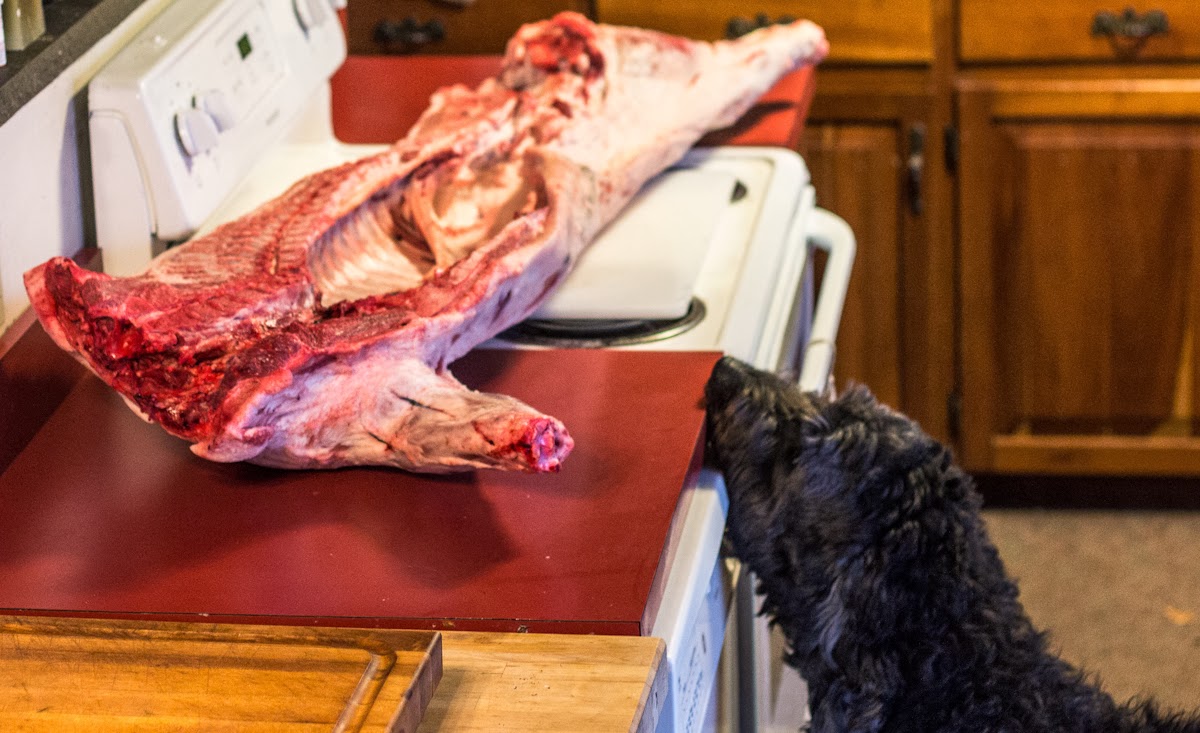 After cutting the hog down, I set aside 8 lbs of trim and fat to make salami.  My plan was to make three different flavorings, 2 lbs each, and have one 2lb batch as an unseasoned "control." So each batch gave me two 1lb sausages, which would dry out to be a .66 lb salami when finished.  I was mulling the spice choices over in my head for a month or two now and finally chose the following:

- Balinese Long Pepper:  This looks like a baby carrot turned into a peppercorn.  Its flavor is fruity, spicy, and almost sweet.  It reminds me a lot of the spice Grains of Paradise.

- Dried Mint:  Mint grows like a weed here (unlike Bali peppercorn vines), and I'm finding it more and more fun to play with.  Mint is classic with the strong flavor of lamb, so why not the funky, savory taste of cured pork?  I used dried organic mint in this case.

- Ginseng:  This is the spice that I'm the most curious about.  Ginseng has an odd, medicinal, vaguely ginger-y spice to it.  But it always seems to have a husky, woodsy flavor to it, like licorice root or sassafras...probably because it's a woody root.  This is Wisconsin-farmed ginseng root, reconstituted in hot water.  The water and soaked ginseng were both chilled, then added to the sausage forcemeat. 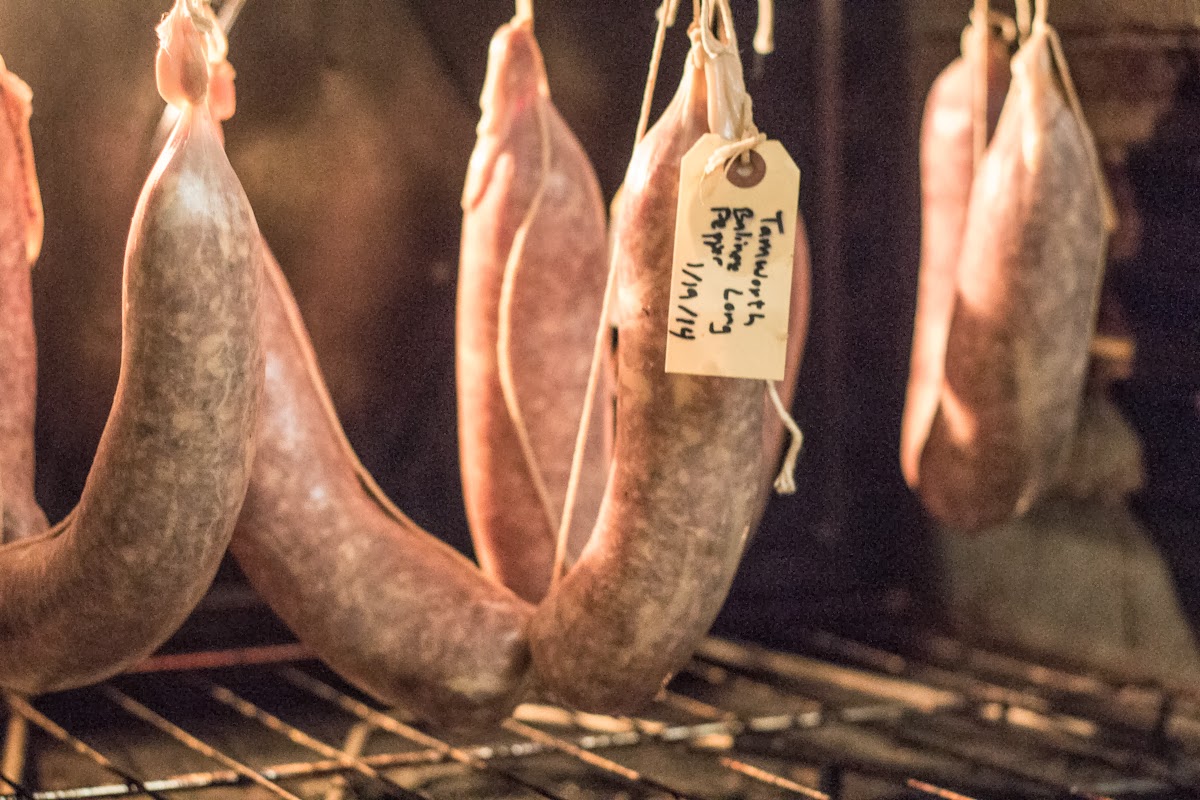 Honestly, I'm excited, a bit worried, and very curious how all these spices will go over in the salami.  My experiences in brewing beer have shown that spices can be a little unpredictable in fermented products.  Some spices, like ginger, seem to get really strong and stay at the front of the flavor profile for a long time.  Others, like chocolate, seem to fade away to the background after fermenting.  And then some, like hops, have a bright start and then slowly burn down to a gentle back note.
SHARE SHARE SHARE