I really enjoyed my last sweetbread pate, and wanted to revisit that recipe.  It was very simple: sweetbreads as an interior garnish, a bit of veal liver for added flavor, ground pork forcemeat with eggs to hold everything together, and white pepper, thyme, and nutmeg for seasoning.  That being said, the light tans and fleshy
pinks of the pork, liver, and sweetbreads made it looks rather...bland. 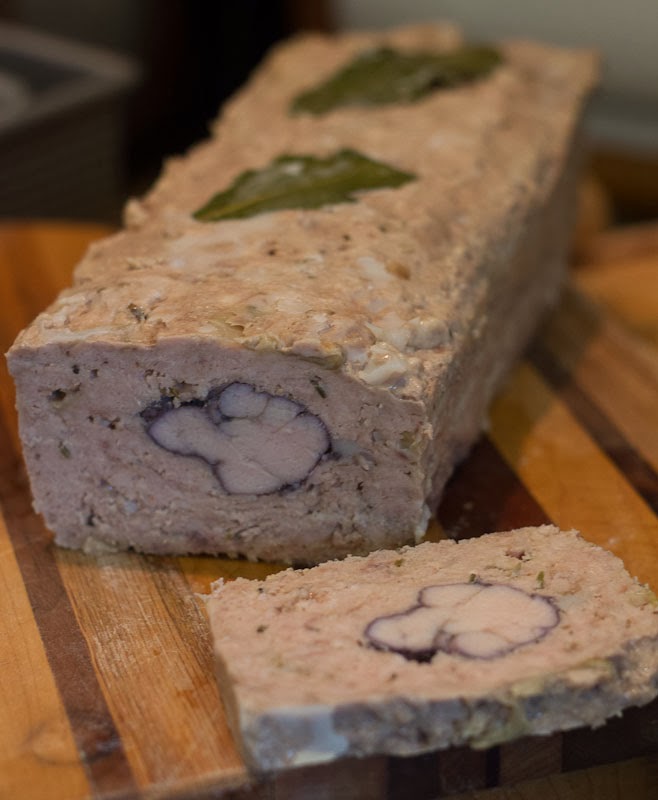 In one of my cookbooks, in one of those piles or shelves somewhere, I remember seeing a recipe for veal brains poached in red wine.  It was striking!  The red wine stained the pure white brains a beautiful burgundy color, but only on the surface.  The outside was a dramatic contrast to the pure white, milky interior when the brains were sliced.  So why not do it with the sweetbreads?  They have a similar composition and would add a nice splash of color. 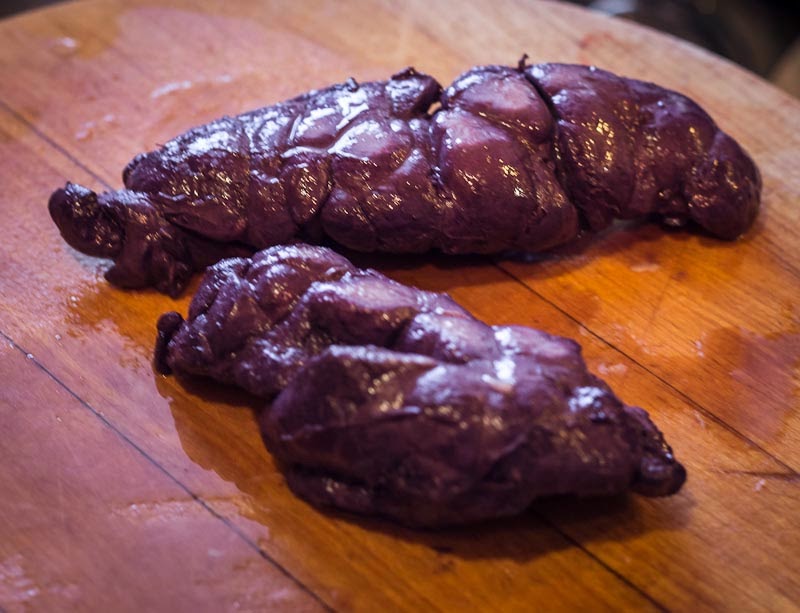 Well....if you look at this photo...it looks rather less than a success.  I'm not sure what I expected.  Sweetbreads are globular little glands and they're not going to get much prettier if you stain them purple.  If a unicorn had to relieve itself, I imagine it would take a purple crap that looks like this. 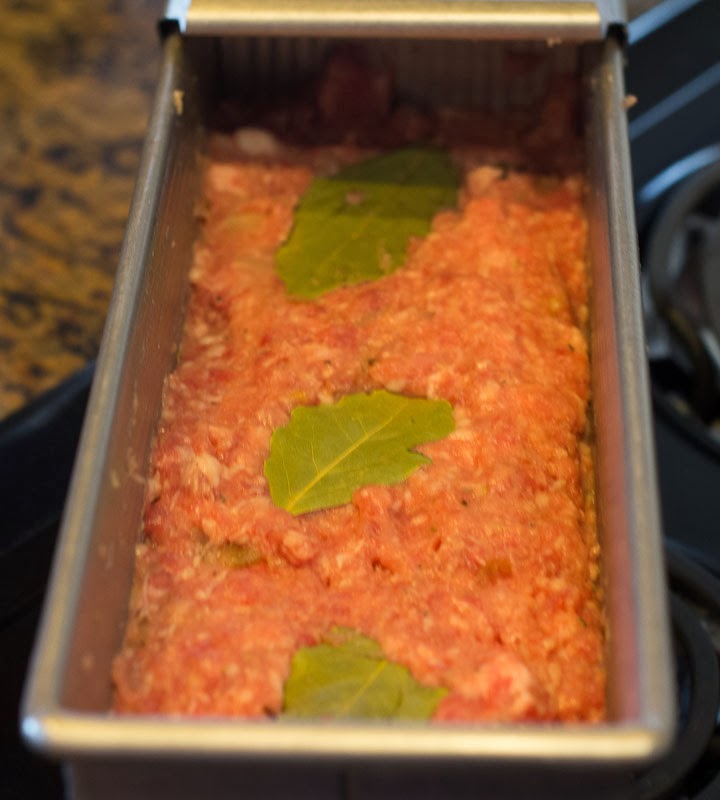 Undeterred, I moved forward.  After being poached in cabernet, the sweetbreads were pressed inside a bread pan to firm them up and expel any excess moisture.  While the sweetbreads were cooling, I made a pure pork forcemeat of brandy, eggs, thyme, black pepper, mace, shallot and bay.  I then did my best to center them right in the center of the pate; laying down 1/3 of the forcemeat, placing in the sweetbreads to touch end-to-end, filling in the sides with more forcemeat, and then sealing the top with the remaining forcemeat.  A few bay leaves on top and we're ready to go! 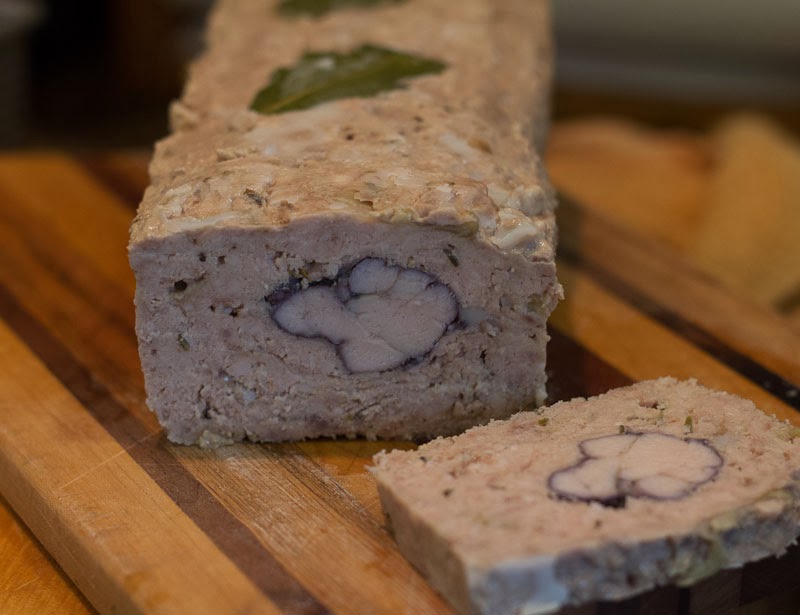 After the cooked pate came out of the bain marie, I weighed down the top to give it a dense firm texture and let it chill overnight.  Upon slicing the pate for the first time, I was so happy to see my rather ugly sweetbread duckling had turned into a beautiful inlay!  This was much more appealing to look at, especially considering I wanted to serve it as an appetizer to set the tone for a meal.  Surprisingly, the deep, purple sweetbread didn't have much of a wine flavor.  This is probably because the wine is just staining the surface, and not really penetrating the organ to flavor it throughout.  Also, the odd, knobby shape of the sweetbread made it a rather uneven inlay, as some sliced had thicker sweetbread "cores" than others.  But still, it was a delicious success!

If I were to do this again, I might add some wine-soaked raisins to the pate to give a speckled effect, but that's more of a visual accent than any major change to the recipe.
SHARE SHARE SHARE