I had no idea Pittsburgh had a distillery until Matt pointed it out to me. Once you see it,Wigle Whisky is hard to miss. Their logo is simple, with a hangman’s noose dangling the “g” just below the rest of the letters. The name comes from Phillip Wigle, a distiller sentenced to hang by the U.S. Government during the whisky rebellion, the U.S. government’s first use of the military to enforce its civil laws. Although the story has a grim end for Mr. Wigle, it is a fascinating bit of Pennsylvania history. 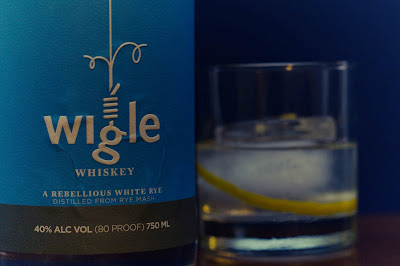 Back in the 1700’s, Pennsylvania was considered to be on the edge of the civilized world. The region was famous for a white whisky called Monongehela Rye. As the new distillery put it, “Pennsylvania was like Kentucky, before Kentucky existed.” Rye and soft wheat were grown throughout Pennsylvania, Ohio, and West Virginia, as they still are today. Keeping with tradition, Wigle Whisky uses these same grains, although they seek out organic grains for their products, producing a rye, wheat, and Dutch-style gin.

While at their distillery, we learned that in an effort to help populate the “frontier,” the U.S. government gave distillers an incentive to move west with “Corn Writs.” Kentucky, then part of Virginia, was looking to become a proper state, and when distillers settled in Kentucky they began brewing with corn, rather than rye. This was the beginning of a slow decline in the industry of Pennsylvania distilling.

Currently, all of Wigle Whisky’s spirits are “white,” unaged whiskies. Although white whisky has been making inroads into the U.S. market as of late, Wigle does it as a matter of necessity. Since they only opened their doors in 2012, they haven’t had the time to produce aged whisky, aside from very small, seasonal releases. So for now they sell their whisky fresh and unaged. It reminds me of the producers of aged cheeses, who would often sell simple fresh cheeses made from leftover whey (like ricotta) to keep money coming in the door while their larger wheels aged to maturity. 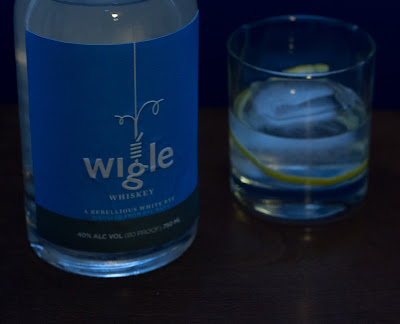 Wigle does produce a small amount of limited-run aged whisky, aged in unique woods like maple wood, hickory, and yellow birch. Unfortunately, the nature of the beast is that these runs are very limited and often sell out in a few hours of opening. But still, I’m very excited to see the distillery grow and reclaim a part of Pennsylvania’s rich gustatory history.