I've wanted to make mincemeat for a couple of years now, but I usually think of making it during the summer, when it's more of a fall and winter pie. Well this year the stars aligned and my first batch is mellowing out in the fridge as we speak! I actually halved James Beard's recipe for "Our Fabulously Good Mincemeat" and still came out with what looks to be two gallons of pie-filling. Clearly the man had an insane appetite for pie. But I digress. 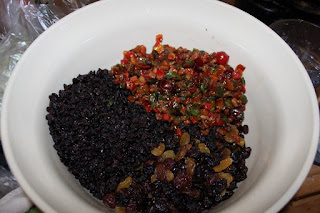 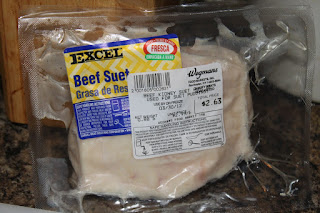 The whole mess is mixed together, then blended with sherry and brandy to preserve the mixture as the flavors mingle and coalesce in the refrigerator for 4-6 weeks. Supposedly the meat doesn't make the pie taste like beef, it just adds a certain richness to the pie. The way it has been described to me, it almost sounds like a bay leaf; although bay doesn't add a pronounced "herbal" flavor to dishes, it certainly does help to round out the entire taste of a dish and provide a husky background flavor. 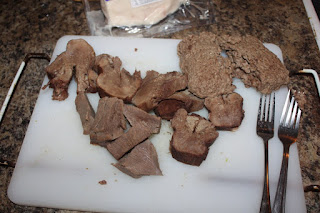 Yet today's recipes for mincemeat usually omit the meat, substituting vegetable shorting or "meaty" things like chestnuts or walnuts. But if you're going to go to the trouble of doing something, you may as well do it right. Plus, my mom let me borrow her pressure canner, so I can put up a few quarts of mincemeat for use throughout the fall and winter. Hugh Fearnley-Whittingstall mentions that it's an excellent stuffing for roast pork. So look for my first pie-experience in about 3-4 weeks! 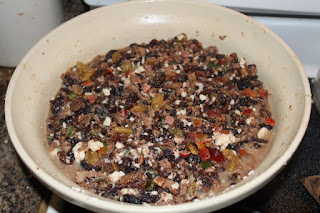 You'll have to let me know how it turns out. Mince Meat is my Father's favorite pie, he alleges that his mother used to make authentic pies though I think its a somewhat dubious claim. Good luck with it.